When Hurricane Maria made landfall in 2017, it devastated the island of Puerto Rico. For days, the world's eyes were on the U.S. Territory and its communities. People and organizations responded with donations to relief efforts.

But soon after, news from and about Puerto Rico began to only trickle in, and then practically cease. But Puerto Ricans are still suffering from the damage, and the effect of the hurricane will be felt for years to come. 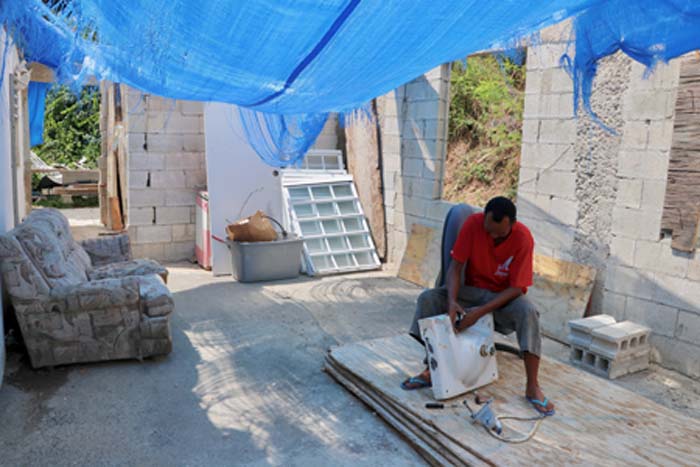 A Maunabo, Puerto Rico resident received food items, a gas stove and other supplies during the 2018 recovery efforts.

In 2017, Ford, Ford Motor Company Fund, dealer and employee contributions to the American Red Cross' disaster relief efforts in Puerto Rico totaled nearly $1 million. Ford Fund also adapted its scheduled educational program in Puerto Rico and repurposed resources to bring relief and recovery assistance to the island. Through a concerted effort leveraging relationships with more than 10 local and community-based nonprofits, Ford launched a temporary community resource center – Centro de Movilidad Social (Center for Community Mobility) – in December 2017. The goal was to connect children and families with a range of services, from basic needs such as food, water, clothing, medical services and transportation, to longer-term recovery assistance through educational grants and job skills development.

Ford Fund expanded its efforts in 2018. Additional vehicles were donated for nonprofits to use as mobile resource centers delivering services and supplies to people in need. Ford Fund also began underwriting mental health workshops and counseling programs hosted by Centros Sor Isolina Ferré (Sister Isolina Ferré Centers) – the location of Ford's first pop-up community resource center – that served nearly 450 survivors in various municipalities across the island. These people had survived physically, but still bore the mental scars: anxiety, sleepless nights and worries about how their children will cope. Providing mental health support helped ensure the hurricane victims not only survive, but are able to thrive and move forward in their lives.

In addition, Ford Fund provided assistance to the growing Puerto Rican community living in Central Florida after being displaced by Hurricane Maria. In partnership with Hispanic Federation, the Central Florida Empowerment Initiative was created to provide assistance with transportation, employment, health care, housing, hunger relief and other social services.

Yet, as the one-year anniversary of Hurricane Maria's landfall approached, it was clear the island would need long-term disaster recovery and rebuilding support. As such, Ford Fund relief efforts continued in 2019. 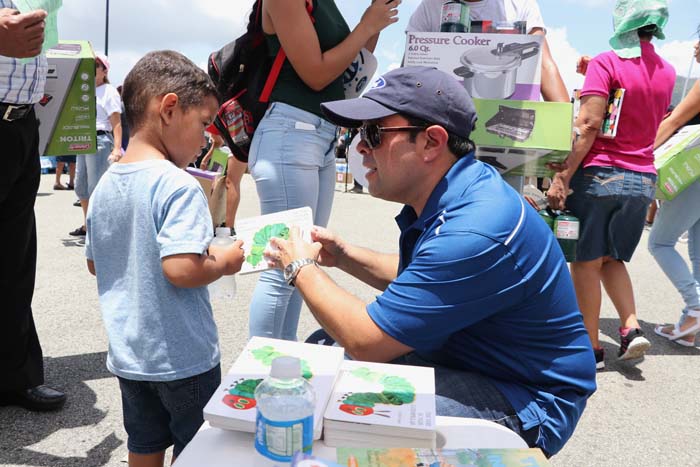 Joe Ávila, who manages Hispanic strategic investments nationally and internationally for Ford, chats with a child during a Salvation Army community event.

In August, Ford Fund and HEART 9/11's team of first responders collaborated with award-winning actor, director and philanthropist Bryan Cranston and Puerto Rican actor Ramón Rodríguez in rebuilding initiatives in Puerto Rico. Founded by first responders who were veterans of the attacks on Sept. 11, 2001, HEART 9/11 stands for “Healing Emergency Aid Response Team” — an expert-led, volunteer driven, nonprofit disaster relief organization committed to a mission of rebuilding communities and rebuilding lives of individuals coping with disasters and related trauma, including those of returning veterans.

The August visit marked the second time in 2019 that Cranston joined Ford Fund in Puerto Rico for a vehicle donation. The first donation was to the nuns who run The Special Institute for the Integral Development of the Individual, the Family and the Community (IDIIFCO) in Yauco.

Ford Fund and Ford Puerto Rico remain committed to the long-term recovery of Puerto Rico. Beyond the disaster relief and recovery efforts' investment, Ford has also invested more than $1.5 million in Puerto Rico through its ‘Operation Better World' initiatives on the island with programs such as Ford Driving Skills for Life, Ford Driving Dreams and Latin GRAMMY in the Schools.