When Hurricane Maria struck Puerto Rico in September 2017, two weeks after the eye of Hurricane Irma skirted the U.S. territory, my 7-year old daughter, Valentina, and I found shelter in a bathtub.

My apartment, which I shared with my two daughters and my husband, was located near the Caribbean shore in the municipality of Carolina. Being so close to the water added to my anxiety that night. 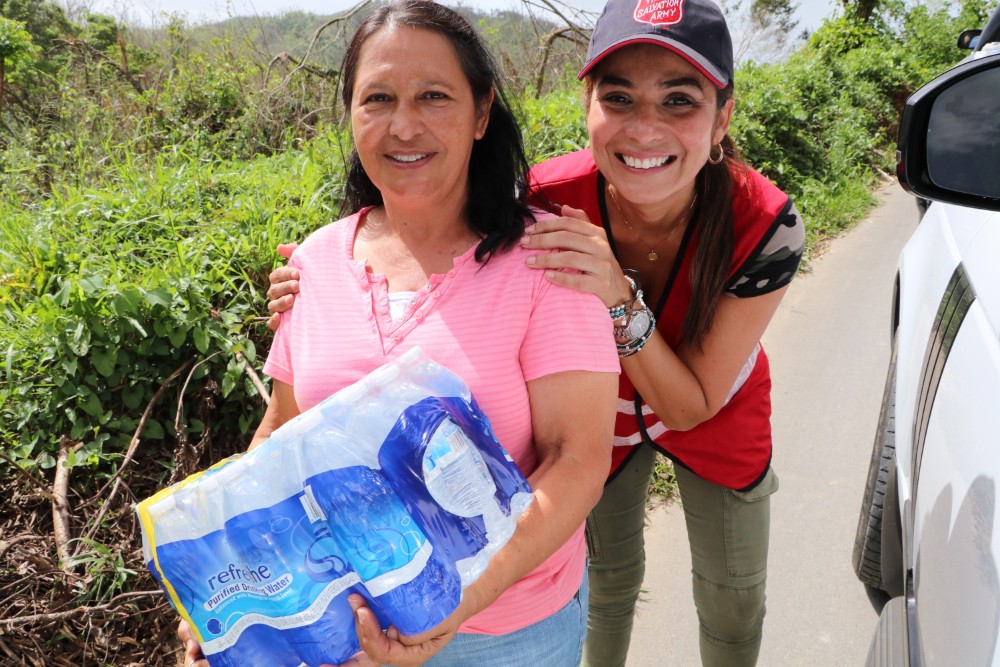 Leslie Ortiz, right, with one of the recipients of assistance during the visit to families in Maunabo.
I prayed the apartment’s windows would hold. Even now, almost a year after that life-changing storm, the sound of a howling wind triggers feelings of fear and angst in me.

When the rain stopped that night and I ventured out of the tub, I stepped into water. The apartment was flooded, but Valentina and I were safe. Pretty quickly, I discovered our family was among the lucky ones, and I was able to salvage some of our belongings.

That was the beginning of 64 days without electric power. It also was the start of a newfound determination to appreciate each day as a precious gift.

Still, the devastation around me was numbing. Neighbors lost so much, including loved ones and their homes. And because of the damaging winds and flooding, the area looked more like a war zone than a neighborhood.

That day, the day after the hurricane hit, everyone was the same — equally in need of food, water, shelter or just someone to talk with.

Despite the disaster and because of it, I knew what I had to do. I went to my job at The Salvation Army, and in one day helped feed more than 2,000 people. 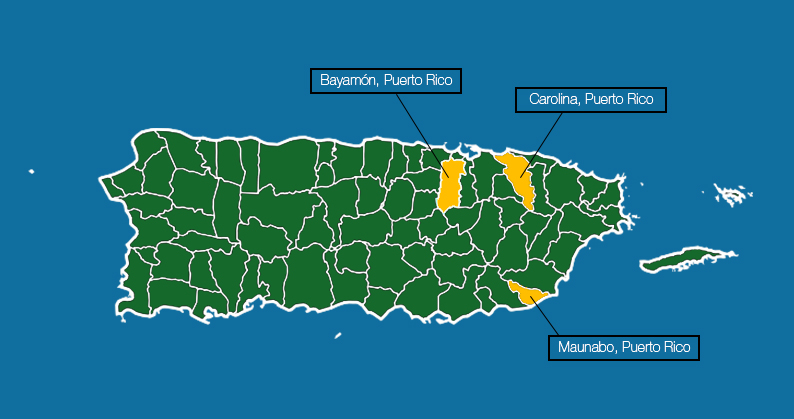 One of the things that impacted me most was how everyone came together.

Some of the most devastated areas were only reachable by narrow, winding roads up the mountains. People volunteered their cars to deliver help to the neediest families.

When we reached the most affected areas — thanks to the vehicles donated by companies including Ford Motor Company Fund — we were received with hugs and signs of appreciation. We even received an invitation to share the little resources the survivors had left.

I remember one lady who, after receiving a small propane stove and a box filled with food, later returned to the operations site and asked our team to come to her home. There, she made us a meal with some of the products we had given her. There are no words to describe the feeling when you witness such a selfless act of kindness.

Heart and core of sustainability

To this day, there are many families that still need basic services in Puerto Rico. I feel a responsibility to continue working to make sure no one feels forgotten.

Being able to touch a heart, whether by providing a warm meal, sharing a cup of coffee with a lonely elderly person, helping a child with homework or even attending a graduation of someone without family, makes a world of a difference.

I feel blessed by the sense of humanity and commitment I saw and felt from the very first day after the storm. Being able to join these efforts and do my part to help in any way possible was empowering.

We also were emboldened by corporate partnerships that provided assistance. Corporate partnerships are the heart and core of our sustainability. The Ford Fund quickly moved in to help The Salvation Army meet its goals and continues to offer resources as part of its long-term commitment to help provide a better quality of life.

With help, we have provided more than 12.4 million meals, 3.5 million bottles of water and 40 thousand hygiene kits since last September.

The sense of community endures. Puerto Ricans haven’t lost the drive to help each other. And my team at The Salvation Army still runs at least three missions each day, providing spiritual care to those who have lost hope and delivering boxes filled with food and supplies to some of the areas most affected by last year’s storm. 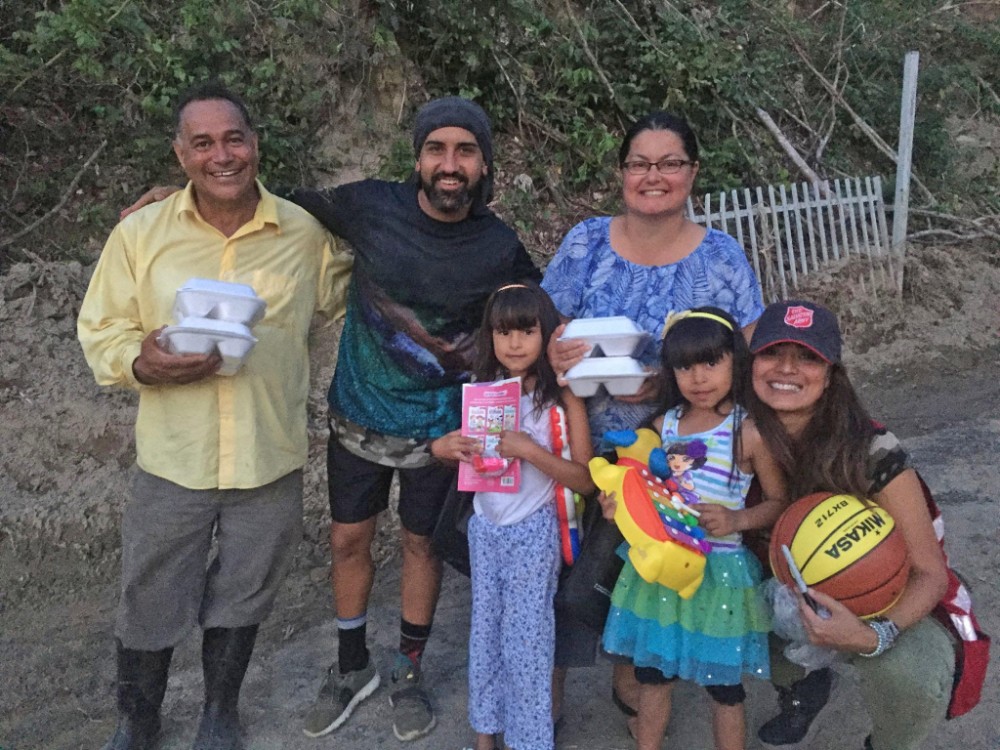 Hurricane season is no longer a subject that will be taken lightly in the island. People are more interested in receiving information and taking steps to be proactive in the face of this year’s hurricane season.

After Hurricane Maria and in preparation for this year’s storm season, my family and I bought a grounded house — far from the coast.

Though news stories of the devastation in Puerto Rico have mostly fallen off the pages of newspapers and the screens of television news broadcasts and although the electricity is still not fully restored, I remain determined to speak up and help out in any way I can. My colleagues and I are immensely worried about the number of houses that still have FEMA’s blue tarps as their roofs, there are still thousands of families without homes, and they are not ready to move on.

Thanks to my role at The Salvation Army, I continue visiting families in vulnerable locations to offer canned food, gas stoves and water filters among other supplies that allow families to be better prepared. We also shared information on the most important items to include in emergency bags.

I hope my daughters understand that while life is sometimes not easy, noble goals are possible if you believe in yourself and are disciplined enough to stick through the process of achievement.

While I know resilience is an achievable goal that can help all communities become better places, we’re fervently praying for this year to be calm and uneventful.

Should another hurricane come, however, we know that we can do what we must do. We will come together as a community. We will work together. And by caring about one another, we will move forward. 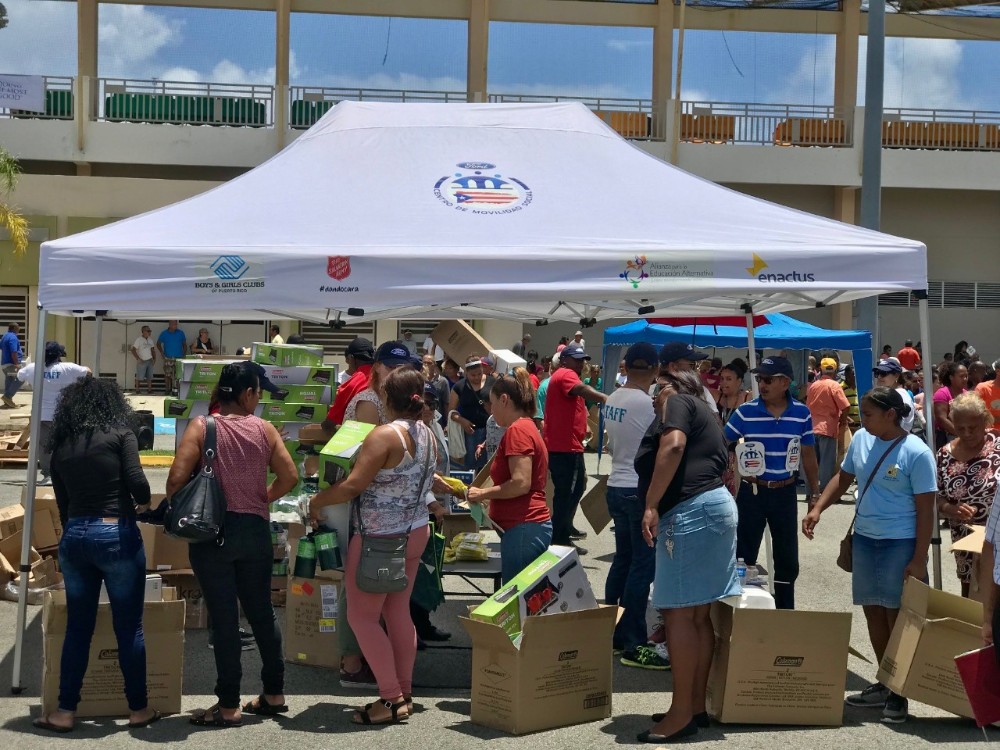 Community event to distribute disaster preparedness literature, mosquito nets and other items in preparation for the upcoming hurricane season. The effort, during Ford Fund’s third visit to Puerto Rico this year, also included distributing food, water and other needed items.

How a Ford dealership in Puerto Rico became a rescue site

After Maria: Winds are gone, storm lives on for people of Puerto Rico

These sunflowers in Dearborn have personal meaning for Bill Ford