Women don’t just chase after their dreams or the footsteps of their heroes. Oftentimes, they are influenced subtly and overtly by the inequality they experience and social justice initiatives they witness. 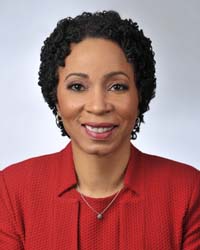 Dr. Helene Gayle's parents and the African American community in which she was raised instilled in her the belief that "we are put on this Earth to make it a little better during the time we are part of it."

That sentiment, coupled with observing and taking parting in the changes that occurred during in her formative years of the civil rights, women's and African independence movements of the 1960s and '70s, influenced Gayle's desire to be something much bigger than herself.

"Becoming a CEO was never my aim," said Gayle. "I wanted to make a difference. I went into medicine because I wanted a tangible skill to give back to humankind."

Gayle was trained in pediatrics but began looking at how she could use her skills to make a broader social change in communities.

"I went from individual care to public health and then ended up focusing on global poverty," she said. In her 20 years working for the federal Centers for Disease Control and Prevention, Gayle spent a lot of time in the field, here and around the world.

"No matter how poor, no matter how disenfranchised, if you are able to tap into people's personal resources, there's so much that can be done," she said.

As president and CEO of CARE, which provided microloans so women could start businesses and send their children to school, Gayle learned how small amounts of support could allow people to realize their full potential.

"What is not equal," she said, "is the opportunity to realize that full potential. We try to remove those barriers."

Over its 105-year history, The Chicago Community Trust has been using its $3.3 billion in assets to affect positive community change in the Chicago area. The organization launched focused effort on closing the racial and ethnic wealth gap in the region.

"We are looking at ways in which we can help people build assets—through better access to stable employment, homeownership and entrepreneurship—and decrease debt so they can create wealth for themselves, their families and their communities," Gayle said.

More recently, the Chicago Community Trust partnered with United Way of Metro Chicago on a COVID-19 response fund that raised more than $33 million. Moreover, Gayle is co-chairing a committee that is developing framework to assist U.S. and global health policymakers in planning the equitable allocation of COVID-19 vaccines.

She sees being a woman, particularly an African American woman, as a benefit to the work she does. "It means I am more sensitive to what it means to be 'other,'" she said, "and that sensitivity is important to the work I do." 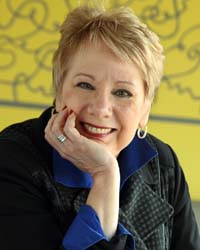 Like Helene Gayle, Diana Sieger's developmental years were during the 1960s and '70s. Besides the Civil Rights and women's movements, Sieger remembers the Detroit Rebellion* of 1967.

"They made me acutely aware, as a white kid living in the suburbs of Detroit, that the world was a lot larger than where I was," said Sieger, 68, who has been president of the Grand Rapids Community Foundation for the past 30 years. "I had this notion of righting the wrongs of the world. And like I saw on television, I wanted to do it while working shoulder to shoulder with other people."

The foundation is known for providing grants to area nonprofits. However, since the disparities are bigger than people imagine, she said the organization has taken on additional responsibilities. 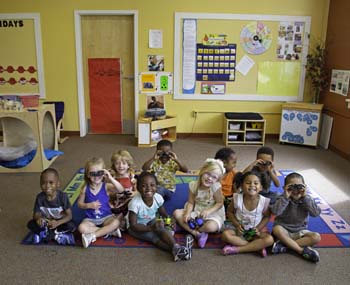 Some of the Grand Rapids Community Foundation children.

The Community Foundation is also involved in difficult social issues, such as homelessness as it relates to families and children of color, Sieger said. It also collaborated with businesses and other nonprofit leaders to help develop programs that prevent child abuse and neglect.

In addition, she said: "We created things like an LGBT fund in an area known for being religiously conservative. And a key focus for us is equitable educational attainment, being able to level the playing field, which means working with the school system to provide supports for students and teachers." 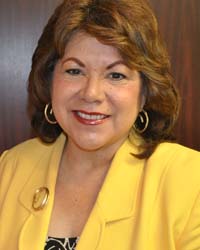 The Vietnam War introduced a young Eva Garza Dewaelsche to the world of nonprofits. She and her parents were actively involved in the American G.I. Forum, which was chartered in 1948 to support Hispanic veterans and advocate for civil rights. Eventually, that organization became part of SER.

Dewaelsche started her career in a high school co-op program as a bank market analyst but began craving ways to directly affect the lives of others. She took a job at SER while in college but didn't realize then that she would recruit herself out of her job—or one day return to run the place.

One day, while working as an employment specialist at SER and helping the city of Detroit recruit police officers, she found herself intrigued by police work. 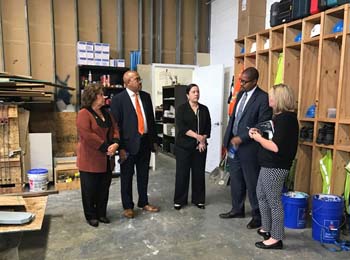 "I guess I recruited myself," she said. "It sounded exciting and meant working one on one with people in the city, doing such honorable work as protecting people and having an impact on communities and neighborhoods."

Two years later, in 1979, the economy went south, and thousands of police officers lost their jobs. Dewaelsche went back to SER.

"Although I loved being a police officer, working to help the community through SER is providing the ultimate kind of help," said Dewaelsche, who became SER president 20 years ago and CEO in 2007. "You're giving people hope. It is a critical gift I can give so people can support their families."

Over its nearly 50 years, SER has grown from a small agency serving hundreds of people with a $300,000 budget to serving thousands of people in Illinois, Texas and Michigan with a $43 million budget. In Southwest Detroit, the nonprofit also provides computer training, classes in English as a second language, job training and placement and other services at the Ford Resource and Engagement Center. 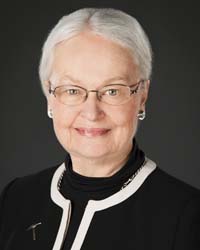 While many women her age were getting married, Diana Natalicio put the secretarial skills she learned in high school to use and earned money toward her bachelor's degree.

When, in the 1960s, the government expanded educational offerings, Natalicio applied for the Fulbright Program and subsequently studied in Brazil.

"I got to know a lot of Brazilian young people and just thought this border region [in El Paso] could be so different if we could empower the Latino population, which is 80% of this community," she said.

After leaving Brazil, Natalicio earned her master's degree and worked her way up through academia until she became president of UTEP.

Getting there wasn't easy, Natalicio said, because the other candidates were all men.

"My attitude at that time was that if you don't apply, you certainly won't be selected," she said.

Natalicio's attitude, joy and passion for teaching won her the position. Her next challenge was changing the thinking ingrained in many residents surrounding the UTEP campus. 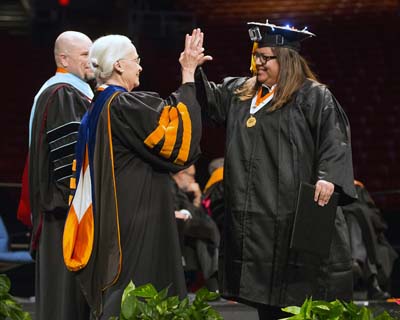 "There was and continues to be skepticism by the Anglo business community, which underestimates the talent of the Latino people and their ability to learn," said Natalicio, 80. "They saw UTEP as an asset in the community, but they never had in mind that we would recruit more Latino students. They just wanted the college to be better by building more housing so we could recruit more students from elsewhere. I said, 'No.'"

Natalicio's name and her drive for equity for the Latinos in her community often give people the impression she is Latina. She is not.

"I believe talent is everywhere," said Natalicio, who retired in 2019. "Each institution has the responsibility of serving the people in the region. We proved low-income students and Latino students do extremely well."

On August 14, USA Today named Natalicio one of its Texas Women of the Century. She was honored along with astronaut Peggy Whitson, gymnast Simone Biles, Barbara Bush and Texas's first black senator Barbara Jordan. The recognition noted Natalicio's accomplishments at UTEP, a 2016, Time magazine honors naming her as one of its 100 Most Influential People, and her receipt of the Order of the Aztec Eagle, the highest honor the Mexican government bestows on noncitizens.

Natalicio did a "masterful job of shaping her school to the surrounding community, not the other way around," Julián Castro, a former U.S. secretary of housing and urban development, told Time.

*The Uprising of 1967 is also known as the Detroit Rebellion of 1967 and the 12th Street Riot. Source: Detroit Historical Society