Numerous community leaders — from EMTs and police to politicians, media and nonprofit groups — have provided expertise and hands-on assistance to Ford Driving Skills For Life and other safe-driving initiatives.

In celebration of its 15th anniversary this year, leaders at Ford DSFL thought it only fitting to honor people who have been leaders in road safety with the first Unsung Heroes of Highway Safety awards. Ford Fund worked with the Governors Highway Safety Association to select six honorees. 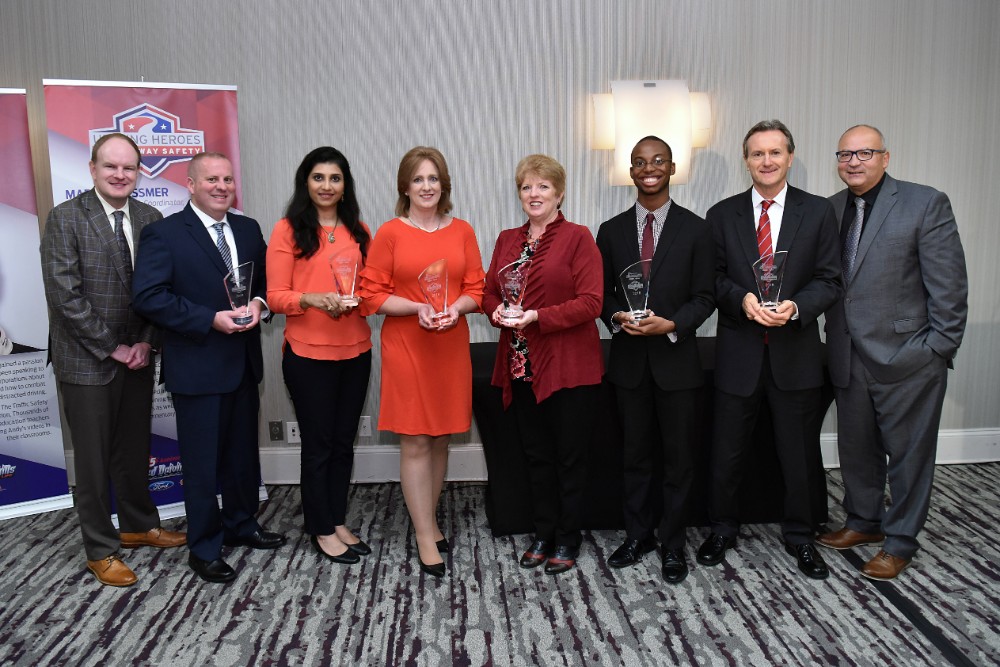 Andy Pilgrim is best known as a professional race car driver with five championships so far in his career. A contributor to Automobile Magazine, he tests and writes about production cars. That experience instilled in Pilgrim a passion for traffic safety. For more than 23 years, he has been speaking to student, parents, educators and corporations about how to combat the growing epidemic of distracted driving.

In 2008, Pilgrim founded The Traffic Safety Education Foundation, which creates educational videos and PSAs for thousands of driver’s education teachers, parents and grandparents.

Jacob Smith and some friends were returning home from a high-school leadership conference in Corpus Christi, Texas, in 2014 when a distracted driver hit them. Smith suffered spinal, facial and traumatic brain injuries that have changed him.

They came up with peer-to-peer awareness programs in school and identified high-risk roads and improved signage. The initiative led to Operation Teen Safe Driving, which included Ford DSFL, and expanded beyond Tazewell into most of the 900 Illinois high schools. In 2014, Shallenberger became a Ford DSFL instructor and he continues to educate teens nationwide about the dangers of distracted and impaired driving.

Martha Tessmar’s son was killed in a distracted-driving car crash. To help prevent others from experiencing such a loss, she shared her story with first-time teenage driving offenders. Then, Impact Teen Driving, a California Highway Patrol organization, began using her story in its educational curriculum. Now, Tessmar is an educational outreach coordinator for Impact Teen Driving and travels around the country talking with millions of teens and parents about traffic safety. She also partners with Ford DSFL as an event speaker.

Purnima Unni is a pediatric trauma injury prevention manager at the Monroe Carell Jr. Children’s Hospital at Vanderbilt in Nashville, Tenn. A strong advocate for injury prevention in her community, she helped secure the Injury Free Coalition for Kids site designation for her hospital.

Unni also is program coordinator and lead for Safe Kids Cumberland Valley, which works in 41 counties in middle Tennessee, and program manager for the “Be in the Zone” teen motor vehicle safety initiative at her hospital. Be in the Zone is a hospital-school partnership that educates area teens on the dangers of texting while driving. So far, the program has reached nearly 93,000 students at 73 high schools.

Sandy Spavone knows the decisions a person makes behind the wheel can impact a family forever. Her 2-month-old nephew was killed in a drunk driving crash. After joining Family Career and Community Leaders of America (FCCLA), Spavone served as executive director of National Organizations for Youth Safety and launched National Youth Traffic Safety Month. The annual spring campaign empowers youth to develop and implement projects to address youth traffic safety in their own communities. The program also hosts an NHTSA-funded project focused on seat-belt usage and a contest focused on teen driver and passenger safety during the prom. 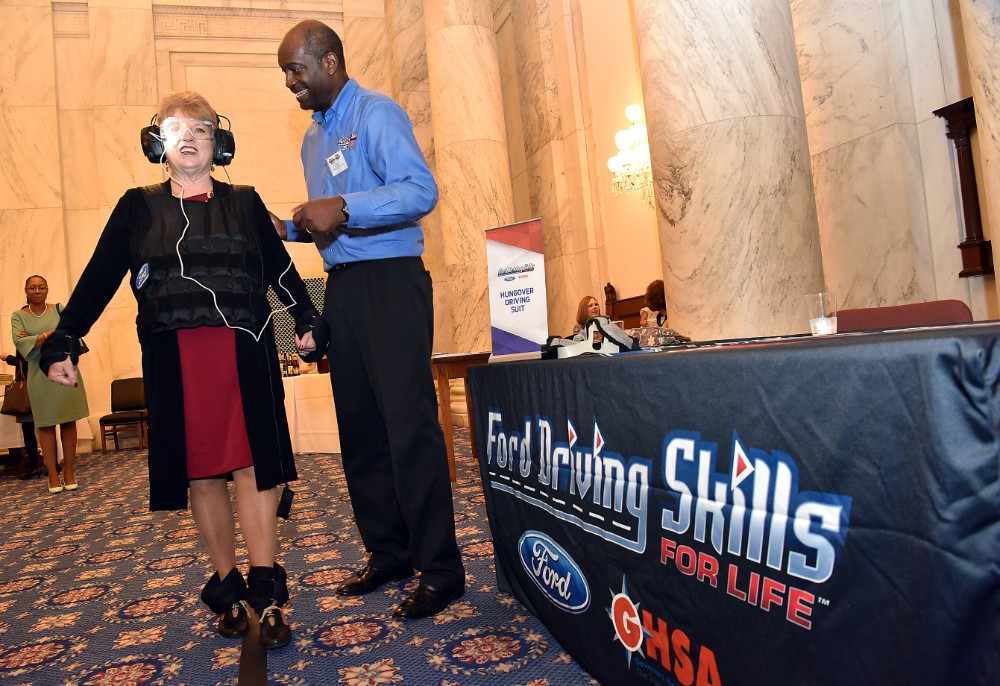 Martha Tessmer, Unsung Hero of Highway Safety, attempts a field sobriety test in the Ford Hangover Suit during a reception at the Capital Building. Photo by Sam VarnHagen