Creating Tomorrow for Those Who Need it Most 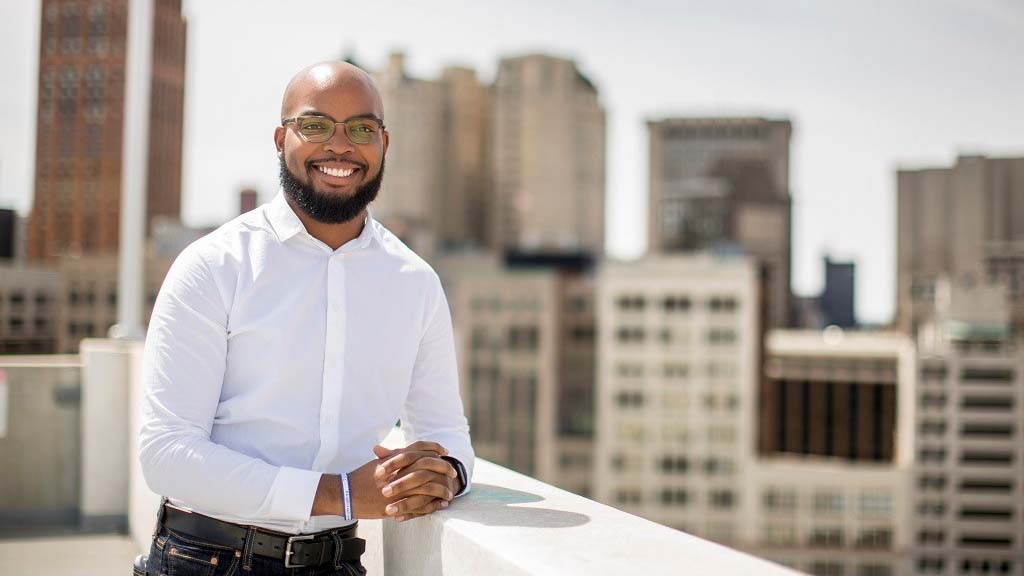 DEARBORN, Mich. — For L'Nard Tufts, creating tomorrow for the less fortunate in his community is innate to his character.

The engineering CAD designer originally from Columbus, Ohio settled in the Detroit area when he came onboard with Ford in 2016 and has a long history of giving back to his community – whether it be through his church, his fraternity, or community non-profits.

"It's partly how I was raised," Tufts said. "I've been really blessed in life, so I want to use my talents to give back to someone else."

He got his philanthropic start at Ford as part of the 2017 Thirty Under 30 class. Their focus? Food insecurity.

That saw Tufts working with the Pope Francis Center in Detroit, which assists the city's homeless population thanks in part to a donation from the UAW-Ford that enabled the renovation of kitchen, laundry and shower facilities.

"One thing the Pope Francis Center does is they provide daily breakfasts for anybody that comes into their center–no questions asked," Tufts said. "They welcome everybody and what was great about working there was seeing the way they treat people that most would just walk past.

"There's a real sense of dignity there and that stuck with me."

That inspired Tufts to engage with Ford Volunteer Corps projects until he heard about the Bill Ford Better World Challenge, which offers grants to employees with projects meant to improve the lives of others.

"I got to thinking with the work I did for Pope Francis Center, what more could be done?" he said. "They were good at everything they did, but there were some limitations because they're all-volunteer and only can be open from 7 a.m. [sic] about noon."

Tufts' central motivating question: "What do people do after that?"

Tufts submitted his team's idea for Ford Move, including both stationary vending machines and an upfitted Ford Transit vending much-needed items, such as socks, hats, hygiene products and more–free of charge.

"We wanted to focus on this theme of mobilizing good through community vending," he said. "There are vending machines all over the world, and there's a real dignity to them; people don't have to ask or beg if they need something. It removes that stigma, giving them access to necessities while allowing them to maintain their independence."

Since receiving the grant, Tufts' team–Kelly Bedro, Sujana Satish and Brinny Simpson–expanded the core idea to encompass much more, including a video chat function for immediate assistance to those in need.

"We pictured people that might be the most vulnerable, whether that's somebody who might be a potential victim of human trafficking, or someone trying to get away from a domestic violence situation–if it's the middle of the night, who are they going to reach out to?" 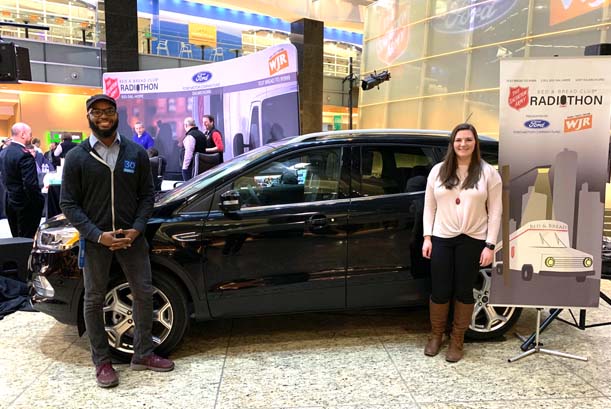 The video chat function would connect those in need to a representative from Salvation Army, with which Tufts' team is collaborating on this project.

"This project definitely goes way beyond vending someone a bottle of water," he said.

Salvation Army also runs a Bed and Bread Truck in Detroit, a mobile food pantry that serves homeless populations in underserved areas in the city. The Ford Move vending truck would follow a similar path.

"The Salvation Army has already done its research," Tufts said. "They have the experience and a real connection with the community already–they've built that trust primarily through programs like this."

Tufts said that he didn't expect to work on community projects like this when he started at Ford in 2016.

"I think it's easy to be cynical, especially about a company as old and as big as Ford," he said. "But once I got into the company–especially through my involvement with Thirty Under 30, it was mindblowing to see how much Ford cares and how much we do in the community."

Some of his work with Ford Volunteer Corps included building a rain catchment system for an urban farm, as well as creating exhibits for the Michigan Science Center in Detroit.

"Detroit isn't my hometown," Tufts said. "But I do think it's imperative on the individual to take an interest in their community and do what they can to help."