Planting seeds for the future

Perhaps others don’t see them as business people, maybe they face discrimination in the workplace or it might have something to do with their backgrounds, but women in our society face challenges that other groups might not face, explained Jim Vella, President, Ford Motor Company Fund.

Despite making up more than half the country’s population, women own only 36 percent of private companies in the United States compared with men who own nearly 55 percent. The reason, experts like the National Association of Women Business Owners (NAWBO) say, is lack of access to capital.

As part of its mission to make lives better, Ford Fund partnered with the Michigan Women’s Foundation to create EmpowerHER a challenge program to help accelerate the number of female business owners and develop the next generation of women leaders.

A cycle without business capital

“A lot of women business owners are risk averse, which leads to them undervaluing their company and themselves,” says Joy Lutes, vice president of External Affairs at NAWBO.

Rather than seeking loans to start their businesses, Lutes says women business owners are prone to use personal financing, such as their 401k’s or credit cards.

When the owners of startup Motor City STEAM, Chinonye Akunne, Deirdre Roberson and Alecia Gabriel, had difficulty getting funding, they too resorted to paying for everything out of pocket, says Roberson.

However, Lutes says that makes it more difficult for the business owner to get a lender later on, which then makes it difficult to scale and complicates the life cycle of the woman’s business. Moreover, lenders say women often show up under- or ill-prepared with necessary paperwork or planning, which is why they don’t receive the loans they seek.

Ford Fund and Michigan Women’s Foundation are working to break that cycle.

“The number of women-owned businesses will grow as barriers to them being entrepreneurs come down,” said Vella at the inaugural EmpowerHER competition on Feb. 7.

Endowing women with opportunities to grow

EmpowerHER began with a discussion.

“(Ford Fund) really wanted to figure out how we could solve some of Detroit’s intractable problems,” explains MWF President and CEO Carolyn Cassin. “How could women lead the way in seeing potential solutions to things that made it difficult for Detroiters? How could we unleash these great ideas and make sure women had the opportunity to get access to business capital?”

After some “noodling around,” Ford Fund and MWF decided to work with entrepreneurs who had business ideas that also solved social problems.

First, MWF held a Social Entrepreneur Summit that “surprisingly” attracted 150 people. Then they held three sets of classes for those interested in pursuing the EmpowerHER challenge.

“Women described how they wanted to make their community, or world, a better place,” Cassin says. “We discovered they had great ideas but not always the business acumen to go with it.”

“We had to figure out how to go through all of them,” says Cassin. 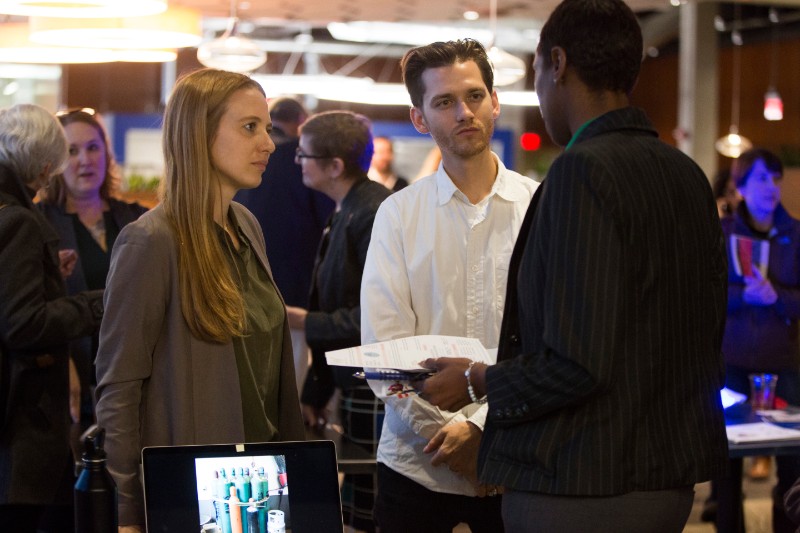 “Each entrepreneur’s heart and soul is in her work,” Cassin says. “Nobody will go away thinking their money is not in good hands.”

Likewise, Vella said: “Entrepreneurs all have a passion for what they do, and that’s really what makes the difference in many cases between being successful and not and having the opportunities to take their ideas and make their dreams come true.”

The Women’s Foundation secured 90 volunteers to evaluate and score the concept papers and divvied the submissions into three categories — ideation, launch and growth. Finalists attended more classes and workshops and each received a coach/mentor who worked closely with them on their plans.

A panel of four judges chose the winners who received a cash grant from the Ford Fund along with potential support from Mission Throttle, a social-impact-strategy firm; University of Michigan Center for Social Impact; or BELLE Michigan Fund, an early stage investment firm. An audience chosen winner received $1,000.

Roberson says Motor City STEAM’s EmpowerHER grant is the largest funding it’s received to date. On top of the $7,500 from Ford Fund, the organization, which is using creative means to bridge the gap between STEM (science, technology, engineering and math) education and the arts, won a $1,000 audience favorite award, $7,500 in advisory services from Mission Throttle and a $5,000 loan from Ford — all of which will help the company scale.

“Ford has been amazing,” Cassin adds. “It’s a game-changing project. The project is a social venture in itself. It’s kind of groundbreaking that a corporate foundation is willing to invest in this way. Because Jim Vella, Pam Alexander (director, community development, Ford Fund) and others sat down and said ‘Let’s do this. Let’s make a difference in Detroit.’”

“I think this is a pilot program that we could do not only in Michigan and across the U.S. but in other parts of the world,” Vella said. Our mission is just like these companies: It’s to make people’s lives better.” 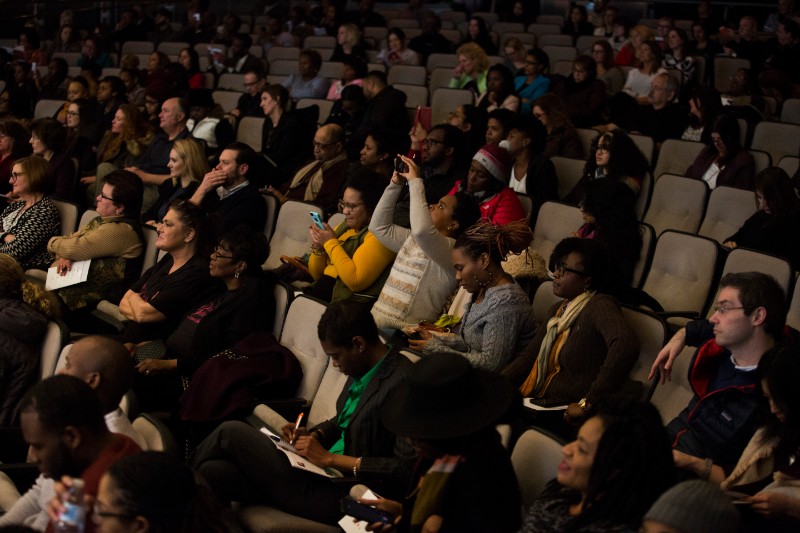 Twelve entrepreneurs competed for up to $10,000 when they presented their ideas in front of an audience in Ford Motor Company World Headquarters. Photo by Charlotte Bodak/Ford Motor Co.