Three women with advanced degrees, strong chemistry and a yearning to share their passion and knowledge generate one potent combination.

Akunne earned a Master’s of Public Health in Environmental Health from Eastern Kentucky University. Gabriel holds a Ph.D. in chemistry from Louisiana State University. And Roberson, holds a master’s in Chemistry from the University of Detroit Mercy.

Yet, these women aren’t the norm.

Gabriel, 33, works as a global failure modes and analysis specialist for a German tier-one auto supplier. She says she’s had similar experiences. “I have worked for a few companies, and I am the only African-American woman in these spaces. Less than 2 percent of doctoral degrees are earned by African-American women in STEM fields.”

The more the women talked about the lack of diversity in their industries, the more certain they were that they needed to help change the STEM landscape. In fall of 2016, they began mapping out a solution.

The result is Motor City STEAM, an innovative startup using a community and subscription-based approach to engage youth in STEM and the arts and help them understand that “science and the arts are better together than apart.”

“The intent is to introduce STEAM to students at earlier ages (10-14) to prevent the drop off due to lack of understanding or connection when it is introduced more rigorously at a high-school level,” says Roberson, 31, an environmental scientist working for the City of Detroit.

Akunne, Gabriel and Roberson initially began Motor City STEAM using money from their own pockets. In October 2017, they won a Motor City Match Business Plan award that included a business plan class and $1,000 service award to use on Motor City Match vendors.

In February, the unique nature of Motor City STEAM earned them more funding and the title of Launch winner at the first EmpowerHER competition, an initiative Ford Motor Company Fund and the Michigan Women’s Foundation established to give women entrepreneurs more access to capital.

“You can’t do a social enterprise without money,” says Roberson. “The $21,000 EmpowerHER win is the largest amount of funding we have secured to date.” 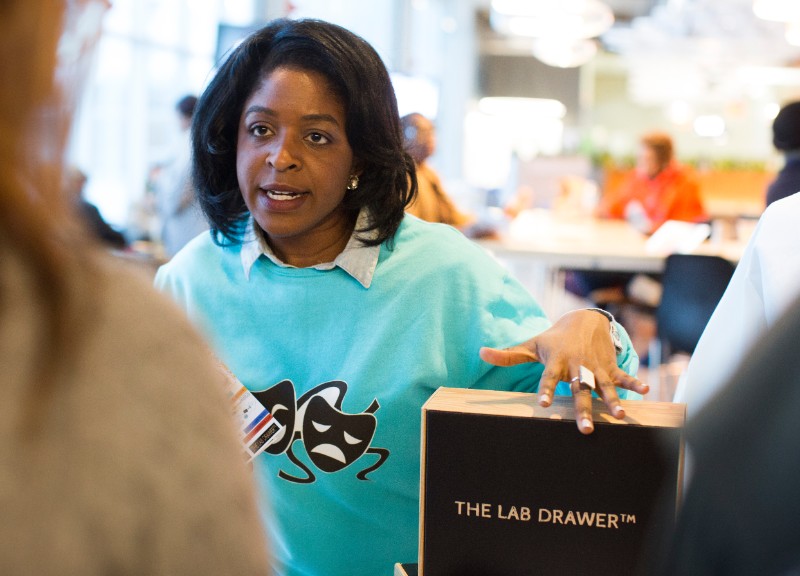 Chinonye Akunne explains the Lab Drawer during the EmpowerHER program. Every month, student subscribers to Motor City STEAM’s Lab Drawer would receive everything they need to complete a science experiment along with directions for an art-related activity. Photo by Charlotte Bodak/Ford Motor Co.

Currently in the prototype phase, the lab drawer is a subscription-based service that would provide sustainable funding for Motor City STEAM. Each month, students would receive a lab drawer in their homes that would include everything they need to complete a full science experiment, including reagents, reactants, test tubs, toothpicks, etc., along with instructions for completing the experiment.

Accompanying lab drawer science experiment, the student would also complete an art-related activity, be it visual, literary or performing arts.

The partners say research shows that students who study the arts are more engrossed in learning, are creative thinkers and score considerably higher on exams. It doesn’t hurt either that Roberson and Gabriel, whose parents are classically trained music teachers, grew up with an appreciation for the arts.

“I leaned more toward the arts as a young child but fell in love with chemistry in high school,” Roberson says.

For the field trips, workshops and other forms of exploratory learning, the entrepreneurs hope to partner Motor City STEAM with nonprofits such as the TechTown Detroit, Detroit Institute of Arts, Charles H. Wright Museum of African American History, Michigan Science Center, Outdoor Adventure Center and other organizations.

They are also in talks with several nonprofits, including Developing Kids, Gabriel Music Society and Original Creativity, and teachers in the Detroit Public Schools community to pilot the program.

“I’ve always enjoyed working with young people and getting them into science,” says Gabriel. “I would speak to students at high schools and middle schools in urban and rural areas and would hear that they should just go to community college and become a cosmetologist.”

Yet her experience participating in the Meet the Scientist program for youth at the Wright Museum proved differently.

“The students were highly engaged,” she says. “I know these young people want to learn. We just have to give them the opportunity to be exposed to STEAM.”

This email address is being protected from spambots. You need JavaScript enabled to view it. Contact Motor City STEAM or visit the Facebook page for more information. 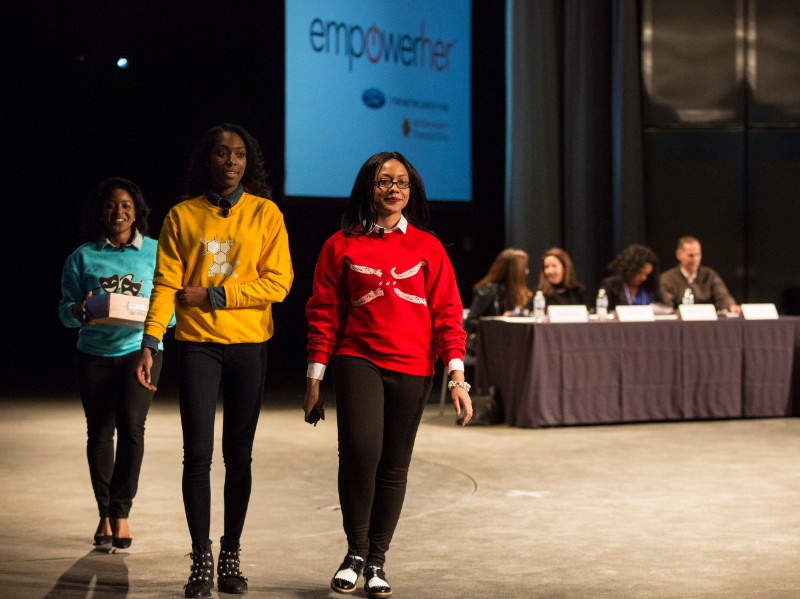