It was a morning like any other when Barbara Willis made her way through the halls of Detroit Rescue Mission Ministries’ homeless shelter.

“Good morning,” Willis said to a man, one of 4,300 southeastern Michiganders who rely on the Mission for shelter from the streets.

Beyond the homelessness, the starvation, the struggle with substance abuse, this lack of confidence, purpose and worth in life is perhaps the most difficult need the Mission works to combat. 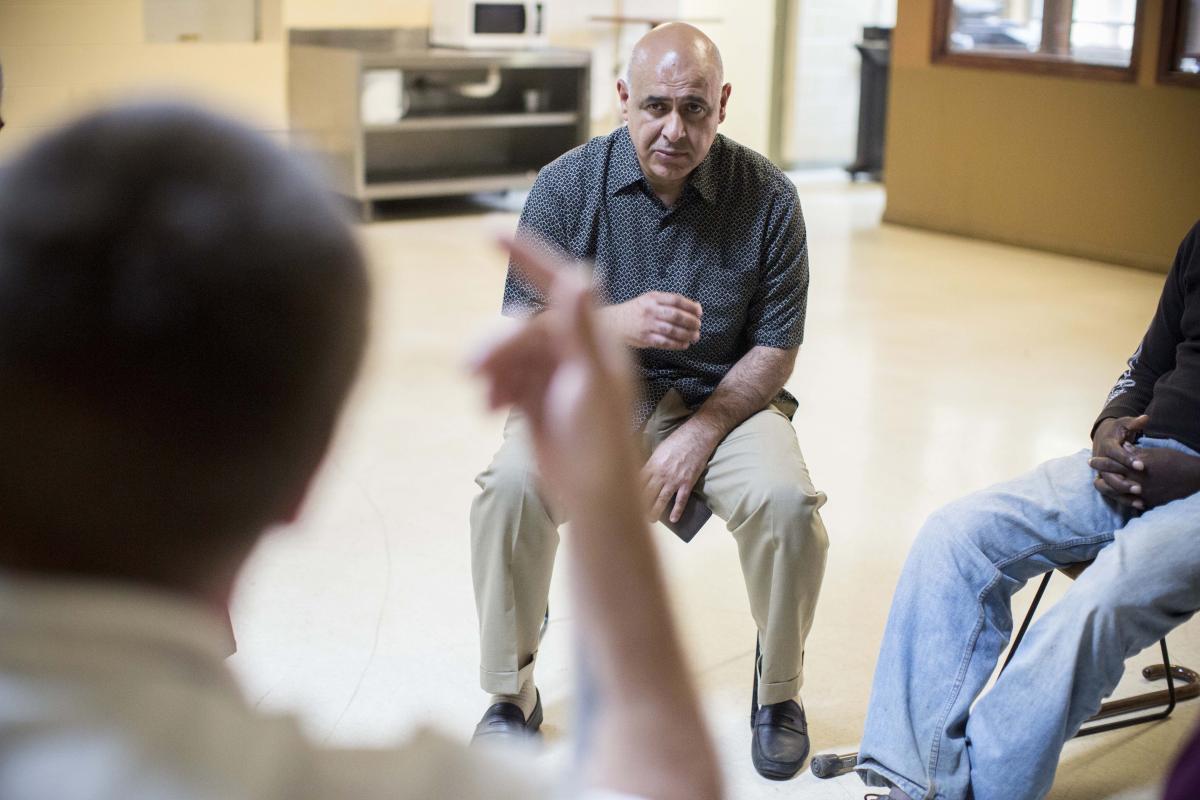 “We are working against so much,” said Willis, the nonprofit’s chief operating officer. “But the greatest challenge is to help people find a fundamental belief in themselves and a value in their lives. The needs we serve are truly endless.”

Detroit Rescue Mission Ministries feeds, houses, trains and counsels 13,000 people a year using about $19 million in grants, individual and corporate donations and governmental support, according to Aurine Moore, Mission director of development. However, the government funds are drying up, she said, resulting in the elimination of programs.

Compounding the problem for many nonprofits facing government cutbacks is having to turn down donations because they don't have the ability to pick up needed goods, such as food, clothing and educational materials.

“We’ve been looking for funding to buy vans and pay more drivers,” said Chad Audi, Mission president and CEO. “Turns out we were looking at this the wrong way. We’ve found a more effective way that can help us save so much, (one that can) be replicated elsewhere.”

That more effective way is the GoodTurn app.

Goods and mobility with GoodTurn

The brainchild of Cecil Saint Pierre, a conflict mineral’s analyst in Ford Purchasing, the app is the result of a personal struggle.

Not long ago, Saint Pierre had two new mattresses he wanted to donate to charity. However, area nonprofits did not have the resources to pick up his donation, and he didn’t have a truck to drop the items off. Hours spent calling friends and family to borrow a truck were fruitless. He ended up spending $50 on a U-Haul rental.

Saint Pierre shared his frustration with coworkers Robert Collard and Ashley Levi, who also work in Ford Purchasing and were classmates of his in the Ford College Graduate Program. Together, the three conceived an app that would pair volunteers with agencies in need of transportation assistance.

“The app connects drivers to nonprofit agencies who need help picking up donations or vice versa,” Saint Pierre said. “Through my personal experience, I realized there is a gap that needs to be filled. We set about working directly with nonprofits to customize the app to what they tell us they most need.”

The trio eventually won $250,000 in funding support from the Bill Ford Better World Challenge grant to develop the GoodTurn app. The University of Detroit Mercy was selected to help build the program.

Katherine Snyder, interim dean of the College of Engineering & Science at Detroit Mercy, gathered a team of students and alumni to work with her and Ford on developing the app. The team met regularly on campus beginning in the summer of 2016 to refine the scope, write code, test and improve usability. They also worked with area nonprofits to understand what the agencies need and periodically tested versions of the app with staff.

Here’s how it works:

• Once the nonprofit accepts the donation offer, it enters the pick-up location and destination into the app.

• Registered Ford volunteer drivers look at the GoodTurn app to see what jobs are open.

• A driver communicates with the nonprofit via the app to arrange a pick-up from the donor and drop off to the nonprofit.

• Once the driver drops off the item(s), the nonprofit closes out the job on the app.

“This partnership between Ford and Detroit Mercy has been tremendous,” Snyder said. “Ford’s willingness to give employees these experiences line up with the philosophy of the university. This type of program is particularly powerful in academics because students are able to apply their work in the real world and see how it makes a difference.”

Currently, volunteering through the app is open only to Ford employees. Future versions will allow for participation by the general public, expand to other nonprofit agencies and spread to other countries.

A history of giving

This latest collaboration between Ford and the Detroit Rescue Mission is not the first.

Nearly six years ago, Ford provided the Mission a $50,000 grant to build two community gardens in Highland Park and another two in Detroit. Food from the gardens helps feed the homeless while also providing a form of therapy for the Mission’s clients, Audi said.

In 2013, Ford donated $75,000 and the volunteer services of Ford employees to build the Rescue Mission’s veteran’s kitchen in Highland Park. The Mission also just completed work with Ford's 30 Under 30 initiative to work on mobility issues.

“Ford has a history of looking for innovative ideas and helping to fund them,” Audi said. “We feel fortunate that we’ve had a long and successful relationship with Ford to help us better serve the community.”

Jointly funded by Bill Ford and the Ford Motor Company Fund, the Bill Ford Better World Challenge grant launched in 2015 in celebration of the 10th anniversary of the Ford Volunteer Corps. The Volunteer Corp has more than 30,000 volunteers globally working on nearly 2,000 projects across six continents.

The challenge gives employees across the globe the opportunity to work with community nonprofits to address local issues including those related to mobility, food, shelter, water, sanitation and hygiene. Up to $500,000 in grants are awarded to Ford volunteers working to address needs.

Along with the GoodTurn app, the Thailand Clean Water Community Project received funding in 2016 to rebuild the water system in Chanthaburi, which services a school and more than 3,300 local residents. Volunteers will repair water tanks and purification systems and install sinks and other restroom fixtures. The clean water will improve nutrition, support the area’s agriculture and serve as a hands-on learning program.

“This initiative takes the next big step toward a better world by investing in dynamic projects designed to transform community life in a meaningful way,” said Bill Ford, executive chairman. “Each of these projects meets a critical need with creativity and skill that will have a powerful impact on the quality of people’s lives now and in the future.”