Publishers, authors, booksellers and librarians gathered earlier this month for BookExpo America, the largest book industry conference in North America. On the heels of that massive New York event, book lovers will flock on Saturday and Sunday to Printers Row Lit Fest in Chicago, the Midwest's largest gathering of authors and presenters displaying new, used and antiquarian books.

It's a great time to be a reader. That is, if you can read and have access to books.

More than 17 percent of the world’s population, or 800 million people, cannot read above a third-grade level, according to the International Literacy Association. Lack of access to books is part of the reason.

Books can be scarce for the 32 million children growing up in low-income families in the United States, said Roxana U. Barillas, director of Hispanic engagement at First Book. Some researchers even say there are "book deserts" across the United States, with one community having only a single book to be shared among as many as 830 children.

"A lot of us take for granted that either we as children had books or our children have books," said Megan Wietfeld, audit partner at audit, tax and advisory firm KPMG Detroit, which donates books to school children around the country.

Advocacy group ProLiteracy reports 72 percent of children whose parents have difficulty reading are likely to wind up at the lowest reading levels, suffer poor grades, act up in school, repeat school years or drop out altogether.

Illiteracy is a cycle related to poverty and access to education, said ILA Executive Director Marcie Craig Post, adding "a colleague of mine once said, 'All I have to do is look at my kindergarten class and the percentage of those parents who didn’t stay in school past eighth grade, and I can make a prediction as to how many of these (kindergarten) kids won’t make it past eighth grade.'"

For this reason, Ford Motor Company Fund and KPMG each have partnered with First Book to get more books to schoolchildren. 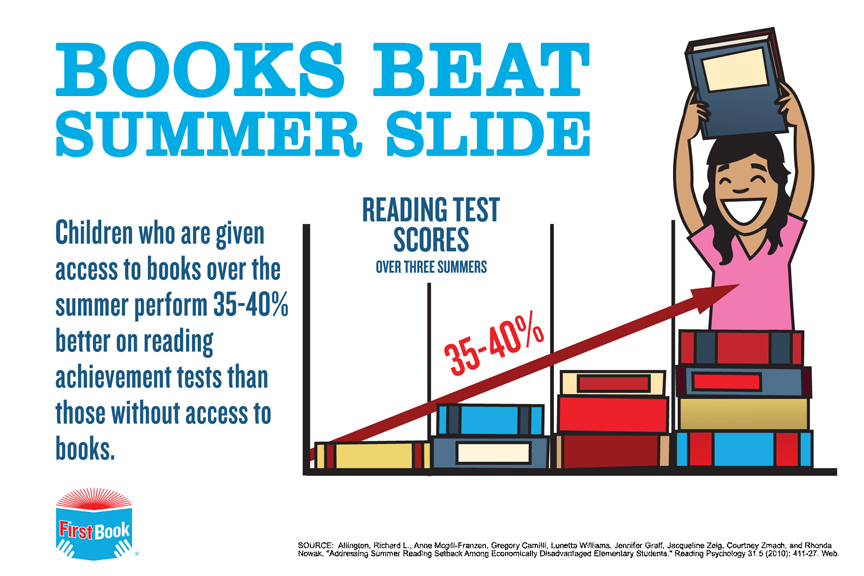 "It is important for kids to read by third grade, or there's a higher (chance) of them dropping out of high school," said Ford Fund Manager Joedis Avila.

Creating a family of readers

In partnership with First Book, KPMG in 2008 launched its Family for Literacy program with six pilot offices and now is in 100 offices around the country as well as India, Mexico, South America and the United Kingdom. In March, KPMG donated its 3 millionth book.

"One of the things we're most proud of is the funds we used to buy the books are coming from our partners, employees and families. This is not a corporate-funded program," says Wietfeld. 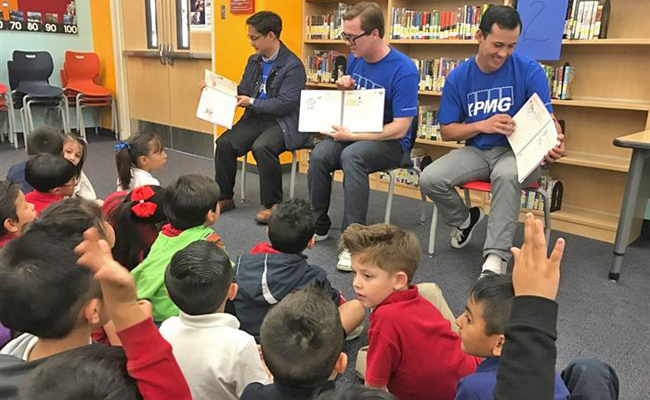 Volunteers with KPMG’s Family for Literacy program read to children in Orange County.

"Last year, we teamed up with the United Way Meet Up and Eat Up program and added Read Up. We distributed books in (seven different) block parties in various parts of Detroit," Wietfeld says. Some adults attending that event asked if they could also have books.

When KPMG goes into schools, she says volunteers read to the students. "And we’ll distribute books, pencils and other school supplies. It's amazing how many of the students say this is their first book and they don't have any other books at home." 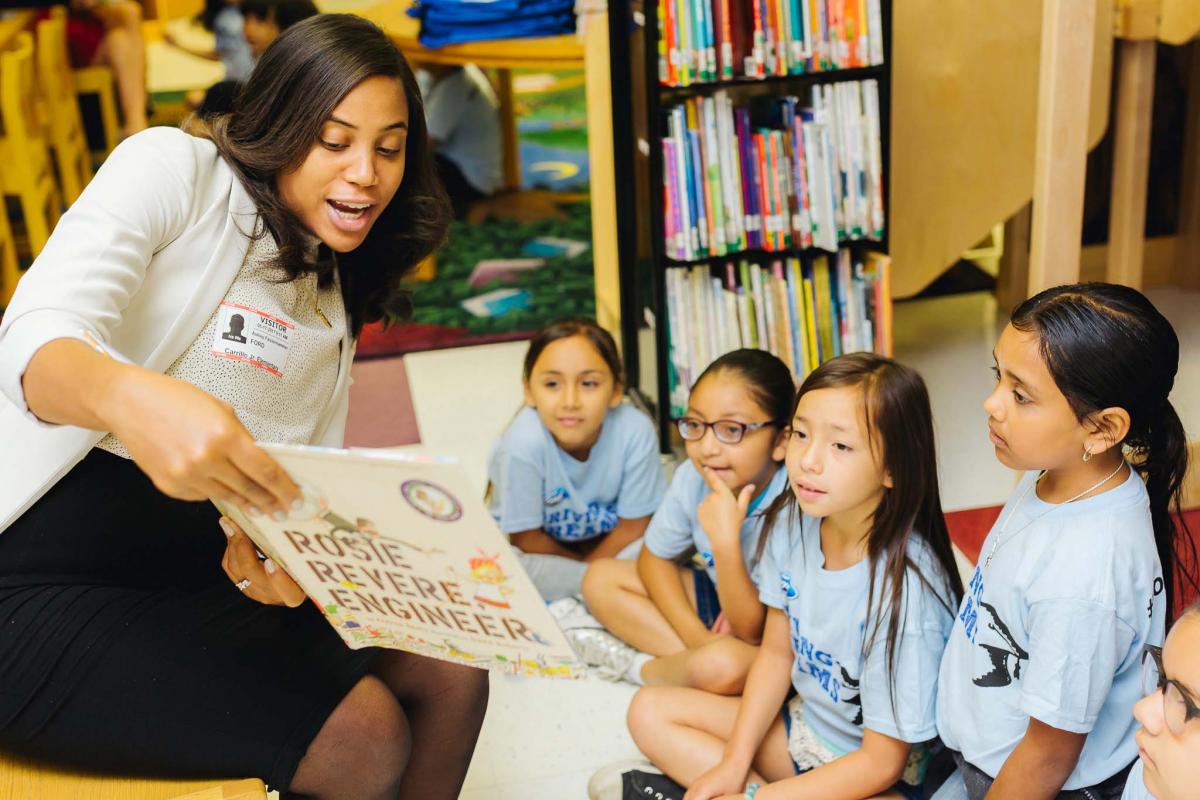 Bringing inspiration to students to stay in school and go after their academic dreams is a cornerstone objective for the Ford Fund. The nonprofit achieves this goal through its Ford Driving Dreams reading program, which is partnering with First Book to bring resources to different areas of the country and get kids to fall in love with reading.

Ford Driving Dreams distributed 10,000 books in 2015, 30,000 in 2016 and expects to distribute another 40,000 this year to children in Florida, Michigan, Texas and Arizona in Latino communities with low-income schools.

"We host a different party where we talk to them about the importance of reading," he says. The parties may be at a school or Ford Fund will take about 100 kids at a time on a field trip. 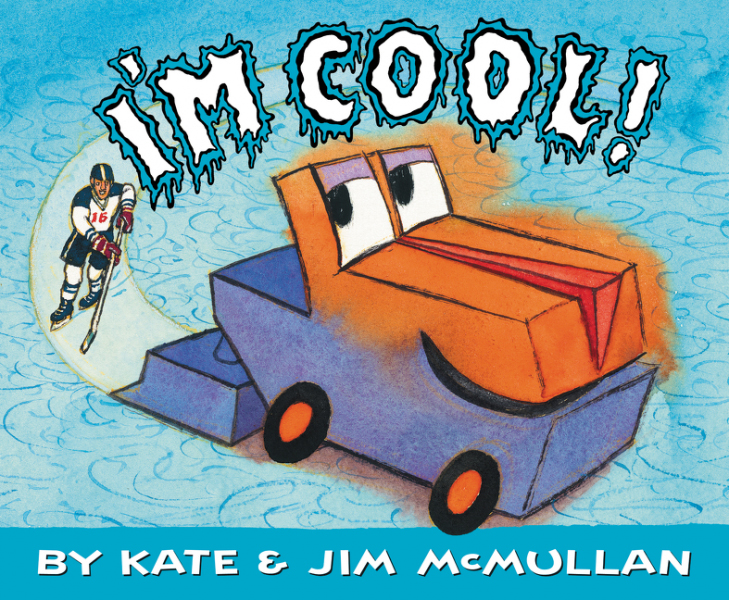 In Florida, kids from the CNC Nurturing Hispanic Communities and Treasure Island Elementary School went to the BB&T Stadium, home of the Florida Panthers, Avila said.

They read "I'm Cool!" by Kate and Jim McMullan with volunteers, toured the stadium and locker rooms with a sports announcer, shared a story with local radio personalities and selected a book to take home.

By the end of the event, all of the children knew what a Zamboni was because they had not only read about it but they had seen one at the stadium, explains Barillas.

"The experiential learning kind of support we get from the Ford Fund is something our network (of schools and programs) appreciates," she says. "The focus really is elevating the quality of education in areas where there is significant need."

She said Ford Fund held other meet-and-greet reading celebrations in Houston, Detroit, and North Texas. Each had a different theme with local celebrities.

In just two years, Ford Fund already has invested about $2 million and reached children at more than 250 schools.

The program this year will expand to Arizona, said Avila. "Education has always been and will continue to be a priority at the Ford Fund. The ability to read by third grade determines a child’s future."