Trig beyond the classroom

Martha Mitchell can’t count how many times her math students asked, “When are we ever going to have to use this?” 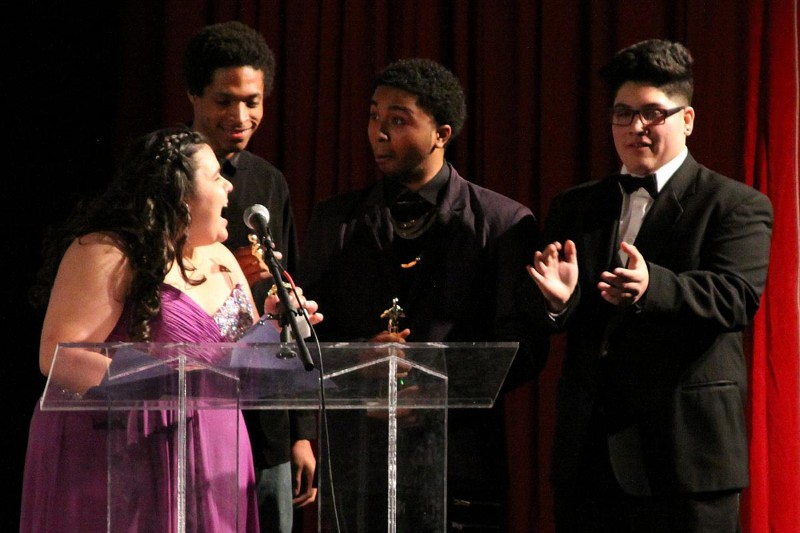 Those questions dwindled when Mitchell’s students learned to use trigonometry equations to develop stage sets in a Country Music Television-like awards show. Teacher externships, in which educators spend time in work settings, played a key role in that. The programs provide teachers with exceptional professional opportunities to link their classrooms to the workplace.

When Mitchell and her colleagues at McGavock High School in Nashville, Tenn., began embarking on externships at local businesses, including CMT, the educators gained first-hand exposure to how what they are teaching is, or can be, relevant to their students. The goal is to take that knowledge back to the classroom—but not just in lecture form. Instead, with continual support from businesses, teachers can implement projects and activities that provide hands-on understanding.

“The whole idea is improving student outcomes. [Students] see how their academics are going to be used in their future careers,” Cheryl Carrier, executive director of Ford NGL, said.

Tara Worthey, an English and world history teacher at Glencliff High School in Nashville, said, “It’s always nice to take a peek into other people’s workplaces outside of the bubble of public education.” 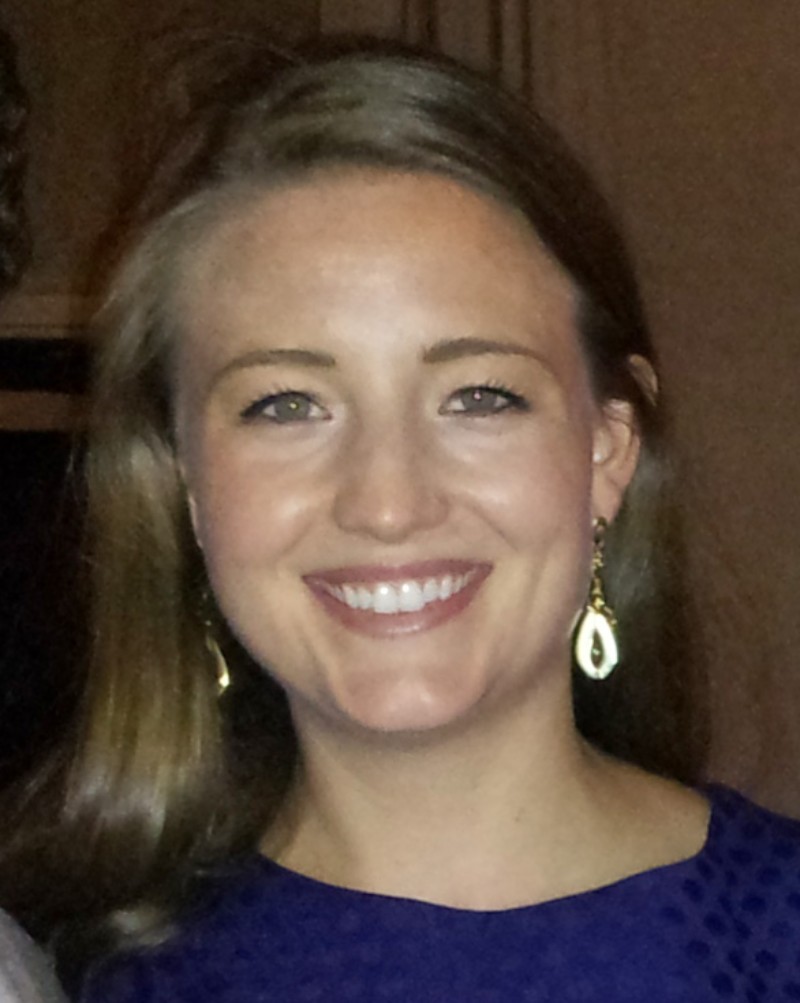 Worthey’s externships included time with Nashville’s Deloitte and The Parthenon, a Tennessee-based replica of the ancient temple in Athens, Greece. The latter experience turned into a cross-curricula project where in addition to reading The Odyssey students built their own miniature replica of the Parthenon or of other things that could have been in The Odyssey. In math class, Glencliff students mapped out and took dimensions of the structures they were to build.

“The thing that makes this project effective was all the options they had. Kids like flexibility. The fact that they could take an artistic or mathematical approach made it more approachable for them.”

John Doerge, community outreach lead for Deloitte’s Tennessee market, said his organization holds tours, panel and one-on-one discussions and helps teachers develop projects to take back to students. “Students need to be able to work in teams. The tech world is a collaborative environment.” There currently are about 7,500 unfilled IT jobs in the Nashville area according to Doerge. 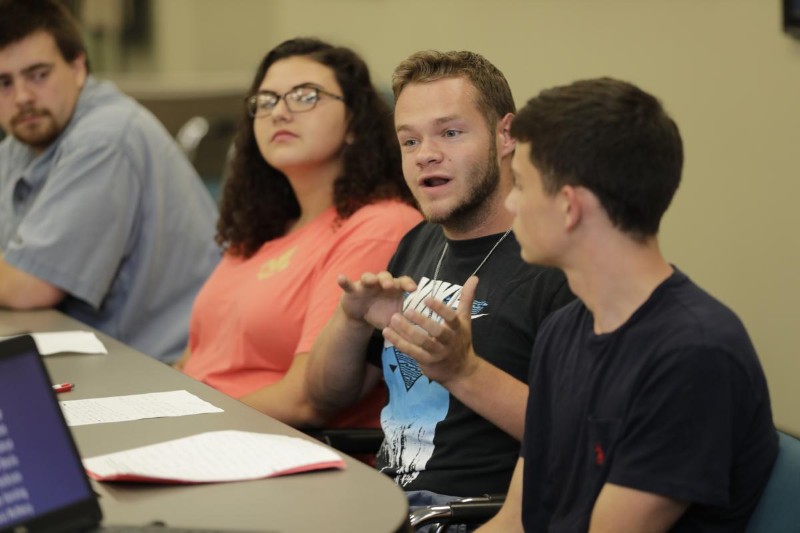 Up to 20 teachers a year participate in externships in the Louisville [Ky.] Assembly Plant of Ford. In addition to tours where teachers learn plants are not grimy places to work, they discover different career paths students can follow by talking with staff in engineering, production, human resources and finance. That includes paths for students who don’t want to attend college or take on student loans.

Patricia “Sam” Lewis earned her degree while working as a tool and die maker at General Electric. The computerized manufacturing and machining instructor at Jefferson Town High School in Louisville said teachers attending the LAP externship came away with a number of projects, such as creating an assembly line and lessons that develop written and public speaking skills. One lesson was on implementing a soda can plant.

“We broke up in teams and had to decide who was the plant manager, in finance or whatever,” Lewis said. “Each person came up with a different idea of where the factory should go and why.”

With four information technology-related externships, a hospital externship and a behind-the-scenes tour of the City of Independence under her belt, Jodi Donald understands better how to help her students “develop skills they need no matter where they go in life.” Teaching what she calls the “Oh My Gosh I Need Another Math Class” course and the dual enrollment for college credit class at William Chrisman High School in Independence, Mo., Donald discovered new ways math skills are employed in business.

There are digitized ways to count cash in a cash drawer so management can reduce shortages and track stores in real time. She also learned the importance of coding skills, the power of entrepreneurship, that kids need to creatively explore because “being a life learner starts now,” and liking science isn’t enough of a reason to pursue a medical career, you have to also care about people.

Knowing this is important because academy teachers are more in tune with students’ career goals than in other educational settings, she said. Now she understands she needs to say something if she hears a student wants to be a doctor but doesn’t like touching people.

She also discovered companies have vastly different working cultures. For one company, employees had a giant board with Post-it Notes listing all of the available projects; when a worker finished the project, they removed the note and got a new project. Another company had Nerf guns and weekly beer parties. Others were straight laced and formal.

However, Donald’s biggest discovery was during an externship in Truman Medical Center. Someone has to make all of those biomedical machines in a hospital talk to each other, she said.

“They are all made by different manufacturers … Someone has to learn every machine and figure out how it works and figure out how to get the software to play nice with each other. [Workers at the hospital] said the job is great for people who like to fix stuff and like constant challenges, but then they pointed out that you have to have communications skills.

“It all hearkens back to needing communication, compassion, resilience and respect,” Donald, said, adding that’s the case whether you’re a firefighter, a nurse or a computer scientist.

The instructor is incorporating what she’s learned into her classroom. While the content is essentially the same, Donald said she has changed the way she asks kids to process and is teaching them to explain things and analyze more.

“This is bigger than just your algebra class,” she said. “It’s a struggle for them to have creative problem solving because they have been judged. The school system, state, nation, all of them judge test scores, but you can’t test creative problem solving. [Students] think the test is what matters most, so they want to perform well on that test. We’re trying to teach them they need to learn the bigger picture.

“I’ve made a priority of having kids present their work and having discourse about problems so we can work together to figure them out. Or I encourage them to put up work that has mistakes.” Mistakes, she said, are a part of life and she wants to teach kids that you can learn by making mistakes.

“Historically, teachers in the education system are not allowed to fail,” Lucia Folk, vice president of public affairs for CMT, said. In business, you are able to fail, to step back and regroup. 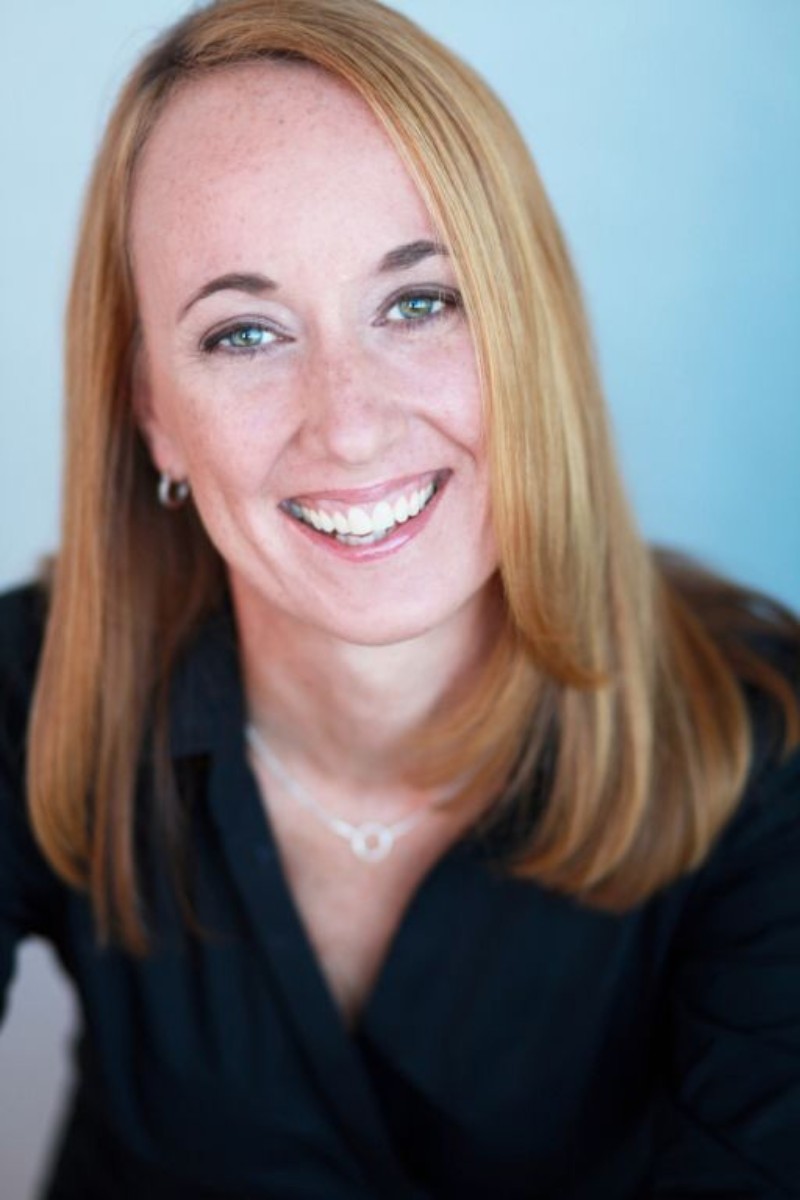 “When we first had [McGavock teachers] in for three days, they were shocked and overwhelmed by all of this new information. But we explained we weren’t going away. We were partnering. We wanted to work out how to align what we know with the curriculum.”

Folk said CMT decided to use its annual music awards show as a project tool for teachers and students. Now, McGavock’s academy of digital design and communications puts on its own fan-based awards show. Leading up to the event, students read plays and talk about script writing in English class. In history, they talk about voting.

“The geometry teacher said, ‘OK, what do you have for me?’ We said when you have design, you have to think about geometry,” Folk said. “The students used geometry to design logos for the backdrop of the show.”

Mitchell, the math and geometry teacher at McGavock, said they threw the show together in a panic the first year. But the next year, they worked more like a business.

“The next year, we did it using backwards planning, the way they do it in business, which gave us strategically a better chance of meeting deadlines along the way.”

Now students handle all aspects of the program. “Everything,” Mitchell said, from advertising and editing to lights, post production.

Students said they are seeing the benefit of career academies and teachers who come with practical experience from the outside world.

Shakarah Nelson said the opportunities afforded by her Whites Creek High School academy teacher helped her evolve from a timid student to a bold public speaker. Now the University of Tennessee freshman can participate in high-level conversations about alternative energy and sustainability.

“Learning to work well with others on projects transferred into my internships,” University of North Florida freshman Austin Perkins, said. He interned with Germany’s Congress-Bundestag Youth Exchange, which taught him the physics of how buildings are structured for sound and heat.

He recently graduated from the engineering and environmental science academy at Creekside High School in St. Johns County, Fla. The program, he said, had a collaborative technology-centered environment that minimized the hypothetical aspects of his future.

“Every step of the way, they are preparing students to challenge the real-world problems they will face in college and in their future careers.”