Courage comes in all forms. Male or female, young or old, the courageous weather storms, seek second chances, and forge paths, whether that means meeting a new challenge or supporting those in need before they ask.

In May, the Ford Motor Company Fund, as part of the 18th annual Ford Freedom Awards held in support of the Charles H. Wright Museum of African American History in Detroit, honored men of courage: Those who exemplify leadership through family, business and philanthropy. Award recipients and honorees include Kerlin Blaise, a businessmen and former NFL player; Shaka Senghor, a criminal justice reform advocate, motivational speaker and author; Jonathan Butler, a graduate student and hunger striker forcing change on the University of Missouri campus; and middle school essayists.

Launched in Detroit and Baltimore last year, Men of Courage connects African-American men with renowned advocates and celebrities so they can support one another, build relationships and ultimately improve the perception of black men in society.

A murder conviction at any age can mean not only the end of opportunities but the end of dreams. Yet when Shaka Senghor was sent to prison at age 19 for second-degree murder, he spent the next 19 years—five of those in solitary confinement—coming to grips with who he was and how he had fallen into the street culture of drugs and violence that eventually lead to him taking a man’s life.

Spending 23 hours a day by himself, Senghor resolved to not only take responsibility for his past actions, but to take charge of his future as he wanted to live it. “I made a conscious decision to turn that prison cell into my own personal university,” he said.

Upon release from prison, Senghor now speaks out about the need for prison reform, the effects of institutional poverty and abuse, ways in which adults can learn to understand America’s youth, transformation and atonement. He has spoken at TED Talks and is a lecturer at the University of Michigan. His work in the community has resulted in fellowships at the MIT Media Lab and the Kellogg Foundation.

“You have to believe in what you are doing,” said Senghor at the Ford Freedom Awards. “And once you really believe in it you’ll start accomplishing those things.”

The Author of “Writing My Wrongs: Life, Death, and Redemption in an American Prison” writes “it’s not how you start that matters. It’s how you finish.” His talks stress the importance of seizing second chances and new beginnings because attaining good grades do not clear the path of all obstacles and selling drugs and participating in gun violence need not be the summation of a life. Instead, Senghor encourages acknowledgment, apology and atonement. Above all else, he says: “Never allow anyone’s self-imposed idea of what you’re capable of become your reality.”

Have a goal, have a plan

“I make more money than the president.” That headline to an interview with singer Lionel Richie stuck with a young Kerlin Blaise.

“At that time,” said Blaise, “the president was the pinnacle. He had to make a lot of money. Seeing a black man make more money than the man in the White House was powerful.”

Knowing that earning much money was possible helped when tragedy struck. Blaise was only 12 years old when his father died, but he assumed the role of father figure to his younger siblings. At the same time, he witnessed and was inspired by his mother as she worked two jobs to raise the four children.

Later, he attended the University of Miami where he studied business and played three seasons of college football. Although undrafted, he battled his way into a guard spot for the Detroit Lions professional football team. Blaise likes to say the NFL also stands for “not for long.” Because his long-term focus was bringing economic stability and safety to his young family, Blaise had a goal and plan for financial independence. He started Blaze Contracting Inc. while still with the Lions. His company is one of the contractors working on Detroit’s new hockey stadium and the M1 Rail.

“Any kid who has positivity and has a goal, it’s more likely other people will help them get to that goal,” says Blaise. 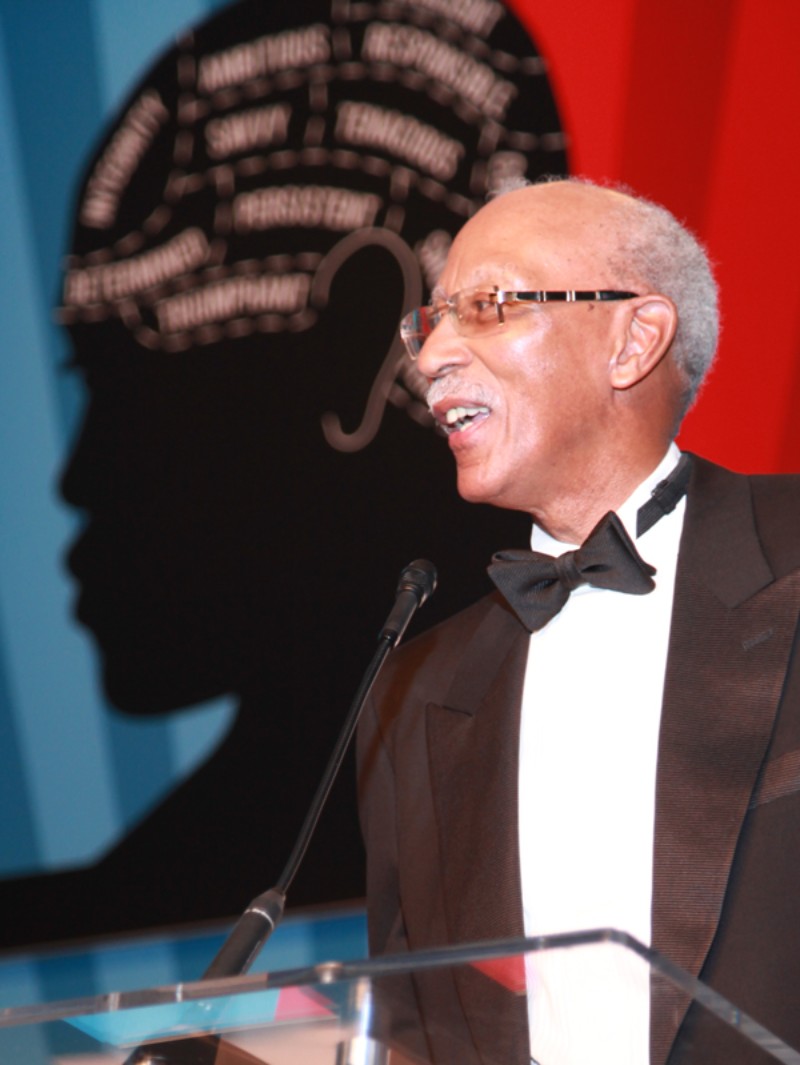 Dave Bing credits his success in part to the men who have mentored and molded him, including his dad.

The former Mayor of Detroit, NBA Hall of Famer and founder and chairman of the Bing Group, founded the Bing Youth Institute in 2014 to empower youth through mentoring, educational support, charitable giving and recreational outlets. The nonprofit also has a mentoring program, called BINGO (Boys Inspired through Nurturing, Growth and Opportunities), that pair mentors with kids in need.

“The easiest thing to do for any of us is to sit back, complain and do nothing. It became very apparent to me early on that if we didn’t do something about the broken homes and broken families, getting men to connect and mentor young people, there was not going to be a positive change in their lives,” he said.

During the Ford Freedom Awards, Bing said, too many African-American men are being raised in poverty, enduring poorly resourced public schools and living without fathers to guide them. But he said those challenges are not a reason to give up on trying to make a better life, because opportunities exist for those willing to seize them.

“What excites me about our youth is they’ve got unbelievable opportunities today. They are reaching out trying to fund what’s best for them. The game is wide open for these young people and all we have to do is talk about the opportunities.“

Meeting the high cost of education has become an act of courage. As part of the Ford Freedom Awards, the Wright Museum, Ford Fund and The Detroit News asked Metro Detroit middle school children to share their stories about a man of courage in their worlds.

Damond Dixon’s man of courage is his brother, Aaron. When their father died, 17-year-old Aaron filled their dad’s shoes the best he could.

Damond writes: “He has taken on challenges like the deaths of many in our family and still is able to overcome his pain to show me how to be strong. … he is being courageous now by deciding to join the Marines and fight for our country. His courage has affected my life because I am courageous enough to take on little challenges like writing this paper and reading in front of people in big situations, since I have stage fright. When I get older, if I have the money, I want to start programs for kids in schools with stage fright and also set up a program to help kids go through the grieving process. My brother’s influence on my life has given me a vision for my future. … I’m very thankful for having my brother in my life. He gets most of his knowledge from my dad who was also a man of courage. …