18 May 2016
Overcoming obstacles for another shot at success

Hockey legend Wayne Gretzky famously said, “You miss 100 percent of the shots you don’t take.” This is pretty inspiring advice, encouraging us all to go out and seize opportunities. To not let fear of failure stop us from achieving success, whether financial, professional or even in personal relationships. That’s what Sebastian, Flounder and Scuttle are singing to shy Eric in The Little Mermaid when they advise him to “Go on and kiss the girl.” Take the shot!

Throughout my career as a basketball player, I took a lot of shots. Seriously, a lot. While it’s true that I scored on many of those attempts, I also missed some key shots. Maybe the defense was too strong, maybe I got fouled, or maybe I just tossed up a stinker. The reason I missed doesn’t matter so much as what I did after the miss. Did I just stand there and watch it bounce off the rim into an opponent’s hands? Or did I follow my shot, battle for the rebound, and take another shot?

Looking from the outside, many people may see my life as a series of successes: high school basketball championships, college championships, NBA championships, setting several NBA world records, bestselling author, political commentator and award-winning filmmaker. But each success story only became a success story after overcoming challenging and sometimes seemingly insurmountable obstacles. In other words, none of my successes was a slam-dunk, but rather the result of me rebounding and trying again. Sometimes more than once. Whether on the court or in life, it’s all about that rebound.

Becoming a basketball player wasn’t easy. I shot up eight inches in my early teens and suddenly the basketball coach and I were new best friends. But I didn’t play basketball, I loved baseball. Truthfully, I wasn’t very good at either. The coach seemed to have so much faith in me that I let that motivate me to take to the basketball court and wow them all with my natural ability. No one was wowed. I still hadn’t gotten use to my growing body. I towered over the other kids on the court but I ran on wobbly stilt-like legs that felt foreign to me. I soon realized that my height was not going to be enough to be a successful basketball player among the other kids who zoomed around me and could drop shots from anywhere on the court. Sometimes it was humiliating to be the kid that looks like he should be the biggest threat but really is just another awkward kid. 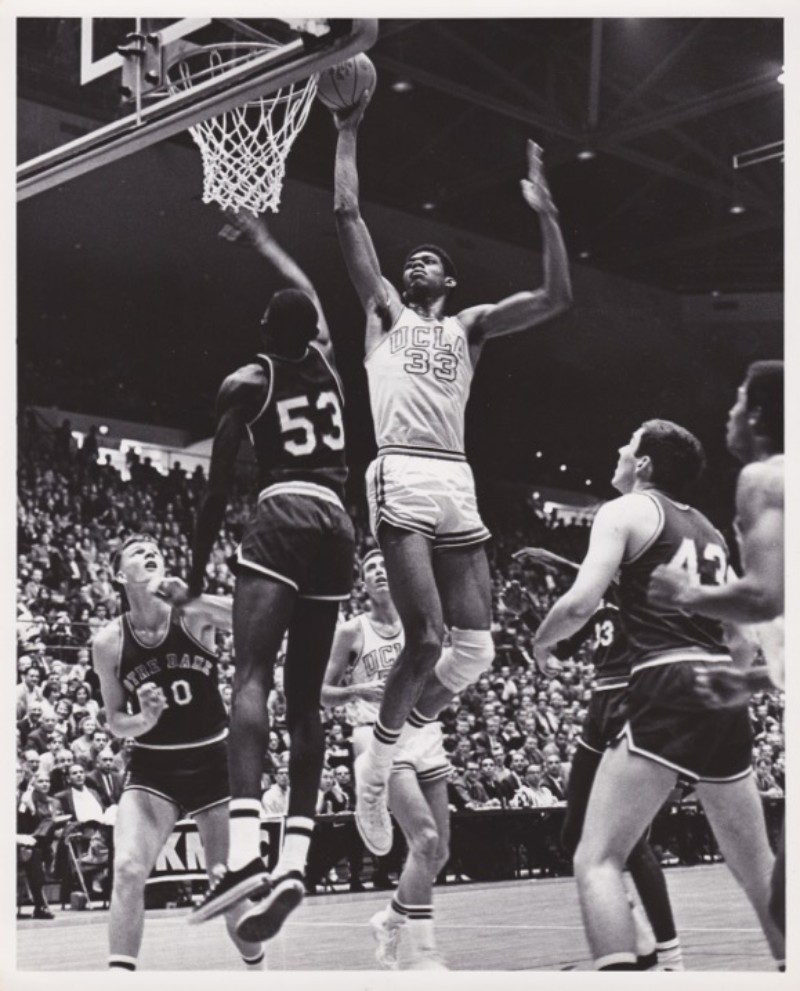 That’s when I decided I would practice and practice and then practice some more until my actual play matched my potential. This is the part in sports movies where they cue the inspirational music and show a thirty-second montage of the athlete working out hard to get to peak performance, whether it’s Sylvester Stallone’s Rocky running up steps or Ben Affleck’s Batman flipping huge tires. In reality, the hard work and discipline necessary to become good at whatever you choose is a struggle, especially at a young age when there are so many different interests vying for attention. But practice I did, overcoming my gawkishness and shyness to become a formidable player.

Unfortunately, there were some struggles in high school that practice couldn’t overcome. Being the only black student at my Catholic high school brought with it an additional burden. It was the early 1960s and the Civil Rights Movement was still in its infancy. White Americans still viewed African-Americans with a combination of suspicion and indifference. Political correctness was not an issue then with whites able to openly disparage minorities with little reaction or repercussions from those in charge. When my best friend in seventh grade suddenly called me a “jungle bunny” and “n*****,” it was a bitter taste of things to come.

My coach at Power Memorial High School, Jack Donohue, tried to protect me from racism and he would explain with disgust the racism he had witnessed in the military. Yet, at halftime during one game, when he thought I wasn’t trying hard enough, he heatedly accused me of behaving like a “n*****,” referring to the stereotype of shiftless and lazy that white media had been characterizing blacks for generations. I realize that he was trying to motivate me, and that he felt no less affection for me. Yet, I also realized that, despite his good intentions, my race would always define me more than anything I ever achieved. To some, I would always be black first and anything else a distant second. 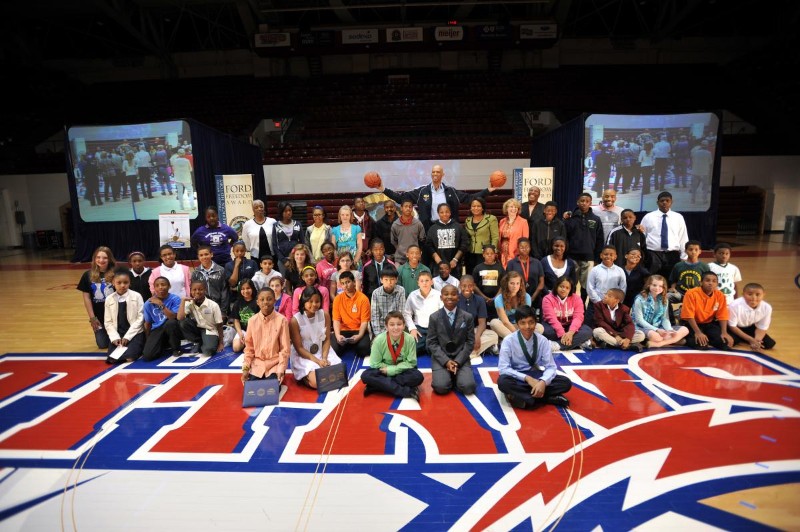 That wasn’t an obstacle that I could overcome physically. No amount of practice on the court would exorcize that demon. Dealing with accepting my place in America as a black man was a long process that began with me developing my identity of who I was aside from being a basketball player. That started in high school when I took part in a journalism program. I had the opportunity to join a press conference given by Dr. Martin Luther King Jr. I shakily asked him a question in front of all these hardened journalists and when he answered, I felt like I was part of something that both expressed who I was and yet was bigger than who I was. I emerged from that conference hooked on writing but also determined to find my voice in fighting injustice. That obstacle of racism that I was forced to face pushed me to be not just successful in my career, but significant in my community.

My determination led me to never see myself as just a basketball player. While at UCLA as part of the national championship basketball team, I focused on my studies, taking as much pride in my academic achievements as I did in my athletic success. While in the NBA, I spent much of my spare time reading and writing. Yet, there were bumps in the road, even in my basketball career. One of the shots that made me so effective at UCLA was my slam-dunk. When it’s done well, it’s like adding an exclamation point to the end of sentence. It intimidates the opponents and the crowd loves the drama of the shot. However, from 1967 to 1976, partially because of me, the NCAA banned the slam-dunk.

It can be devastating for an athlete, especially a young one, to have one his most effective tools taken away from him. At the time I felt the way pool shark Fast Eddie Felson feels in The Hustler when the thugs he just beat break his thumbs. But my coach, John Wooden, put it all in perspective when he told me that the new rule would make me a better basketball player. Because of that rule change, I worked harder on my other skills, improving my footwork with my sky hook, which turned out to be an even more effective tool. As it turned out, banning the slam-dunk didn’t affect college basketball scoring: the average number of field goals increased each year during the ban.

My basketball career also forced me to face what every person in the public spotlight has to face: relentless criticism. Sometimes the criticism was aimed at my playing, sometimes at political or social causes I was championing, sometimes at me personally. Sometimes the harshest criticism seemed concocted only to bring the critic more attention. When you’re the target of opinions on a daily basis for many years, it becomes difficult to separate the thoughtful analysis from personal invective. But that’s part of the job. Athletes get paid according to a sport’s popularity and that popularity is driven by publicity. So, if you want to play professional sports, you must learn to suck it up. I knew this, but it was hard for me at first because I realized that much of my reputation as distant or surly wasn’t because I felt that way but because I was an intensely shy and private person. I wished I had Magic Johnson’s million-watt smile and gift for gregariousness, but I didn’t. When the game was over, I preferred to go back to my room and read or listen to jazz rather than talk.

This was an obstacle that I didn’t overcome until after retiring from basketball. Once the attention wasn’t on me for my performance, both on the court and off, I could use my celebrity to become more engaged in community activities that I cared about. When I was appointed global Cultural Ambassador, I traveled around the world promoting American culture and values. As a supporter of STEM (Science, Technology, Engineering, and Mathematics) education, I visited with children and educators across the country in an effort to expand educational opportunities to more children. Now, it’s easier for me to talk with the press because I’m talking about things that I hope will improve lives.

A major life obstacle that I had to face was retiring from basketball. It’s not just the end of having thousands of fans applaud for you almost every day, it’s not that you’re no longer part of a close team. It’s no longer following the same daily routine that dominated my life for three decades. Just as I did as a kid, I had to discover my new identity, not just in what I would do, but who I wanted to be. That came when I dove back into writing. Fortunately, I already had a strong sense of discipline from basketball, because writing takes even more discipline. Sitting down every day to write requires a strong sense of purpose because you never quite know whether what you’re doing is any good. In basketball, you know your shot is good because it drops through the hoop. You know your defense is good because you block a shot. But writing fills you with so many doubts. Is this the right word? Or this? Is there a better word that I can’t think of? Am I being clear? Is there more research I could do? Every day is a war with yourself.

Writers never overcome those self-doubts. Instead, they use them as motivation for constantly improving their writing. They polish their prose to be more entertaining, they seek deeper insights, they push for greater understanding of their topics. Sometimes obstacles aren’t meant to be defeated but made friends with. That critical voice doesn’t have to seen as an enemy relishing your failure, but rather as an encouraging friend or coach helping you be better.

Booker T. Washington once said, “Success is to be measured not so much by the position that one has reached in life as by the obstacles which he has overcome.” My obstacles have made me a more compassionate, involved, learned man, American, African-American, social activist, father, and grandfather. There’s no greater success than that.