This river runs through it

Clad in beige T-shirts made of recycled beverage bottles, adorned with the year in black on the back and the square Leaf and Road logo on the front, an ad hoc handful of employees from within the glass walls of Ford Motor Company headed into the nearby Rouge River Watershed on a seat-of-their-jeans campaign 16 years ago. Today, now known as the Ford Volunteer Corps, the 30,000 volunteers strong group celebrates a decade of service in 1,600 projects across six continents.

As a new Ford Motor Company hire into the environment outreach and strategy office, Thomas Niemann spearheaded the initial 1999 cleanup group. This pre-cursor to the Volunteer Corps began its annual Rouge River clean-up in May 2000 with employees from IT and Ford Land. 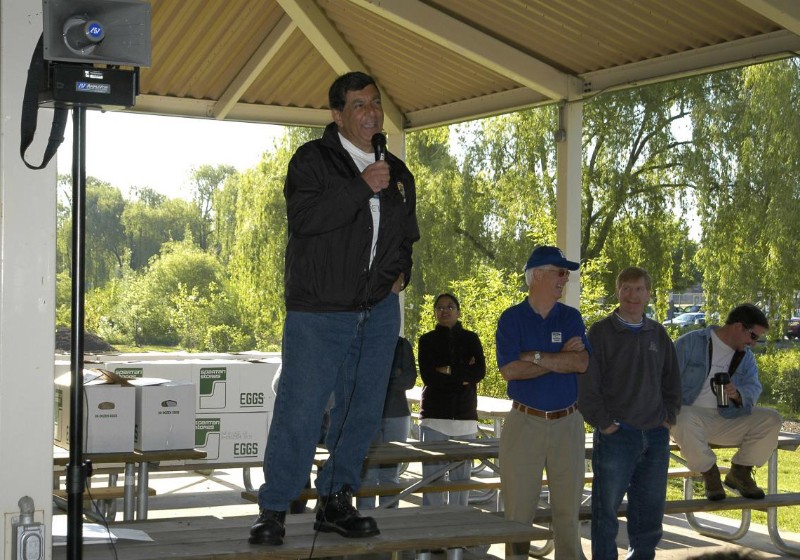 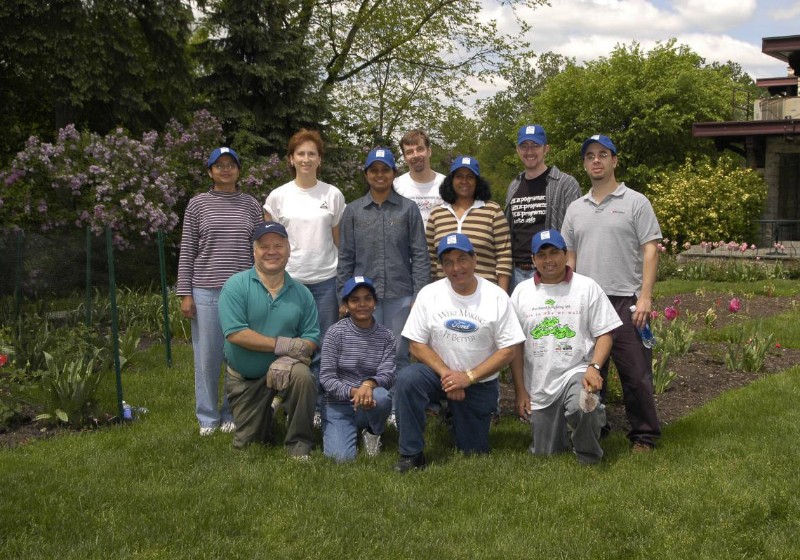 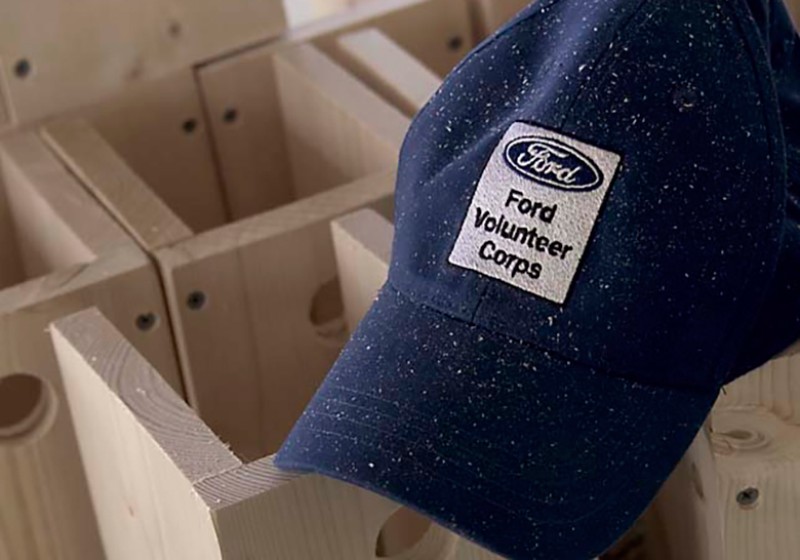 “Stream bank restoration projects and community projects were the focus because Henry Ford had a longtime relationship with the Rouge River. His house, the estate are on the Rouge River,” the former Army Lt. Col., said.

After all, this river was dammed to create the hydropower for Fair Lane, the 1,300-acre estate of Ford. But pollution was so thick in 1969 the Dearborn, Mich., river burned. The waterway stretching 126 miles through Metro Detroit and southeastern Michigan, in the shadow of the automotive world headquarters, presented a challenge fitting Niemann’s ethics of contributing to community.

“This was consistent with the Henry Ford philosophy, ‘To make the community better for the community’ and to offer ‘Not a hand out, a hand up.’ He was a naturalist to environmentalist,” Niemann, now social sustainability manager, said.

Alan Grajek, Manager Programs and Facilities, volunteered with Ford Credit before the Volunteer Corps was established. “It wasn’t only Ford Credit—there were other groups with volunteer efforts. It’s always been a part of the history with Henry Ford’s philosophy.”

It wasn’t unusual to see Bill Ford, the great grandson of Henry Ford, take time away from his company duties to participate in volunteer projects.

“Bill Ford was personally involved in 1999, 2001 and 2002. Wearing a T-shirt and work boots, it got employees excited to see the chairman working with them and beside them,” remembers Niemann.

Shortly after Christmas in 2004, a tsunami devastated coastal areas in Thailand, India, Indonesia and other countries. It was a turning point for then CEO Bill Ford, who believed it was time for the company to formalize its volunteer efforts.

Things happened quickly. At an employee town hall meeting on Feb. 2, 2005, Ford announced the formation of the Ford Volunteer Corps. The new entity would incorporate existing volunteer programs and partnerships with community organizations.

“As I have spent over 25 years here, the one characteristic of our employees which leaves me humbled is how much you all care about each other, your communities, and helping others,” Ford told employees. “The creation of the Ford Volunteer Corps will allow us to respond quickly and encourage each of us to help make a difference. It is all part of us making a better world.”

Jim Bright, a communications executive, was appointed executive director of the Fund and charged with organizing the first projects. Bright headed to Thailand, where employees were deployed to areas hit hard by the natural disaster. It was not easy duty. Each week, employees took a 14-hour bus ride to a coast community. They would spend five days at a time in sweltering conditions mixing concrete, making roof tiles, digging foundations, building walls and helping villagers start to get their lives back. 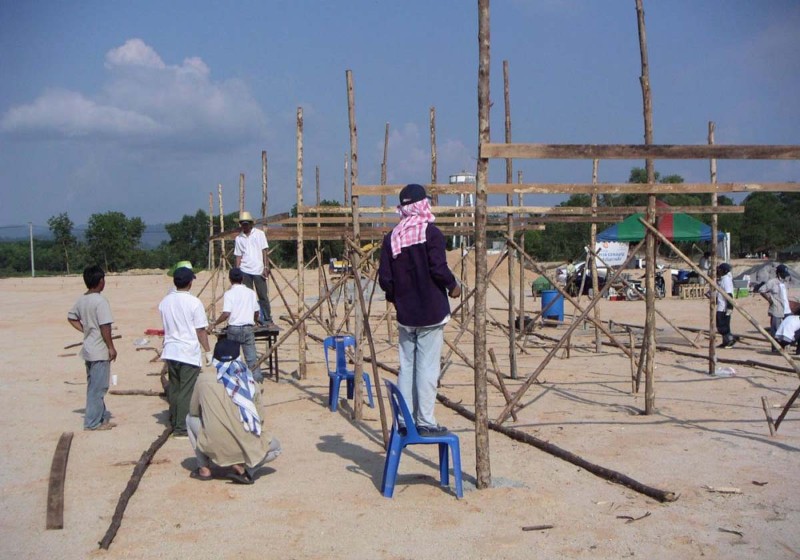 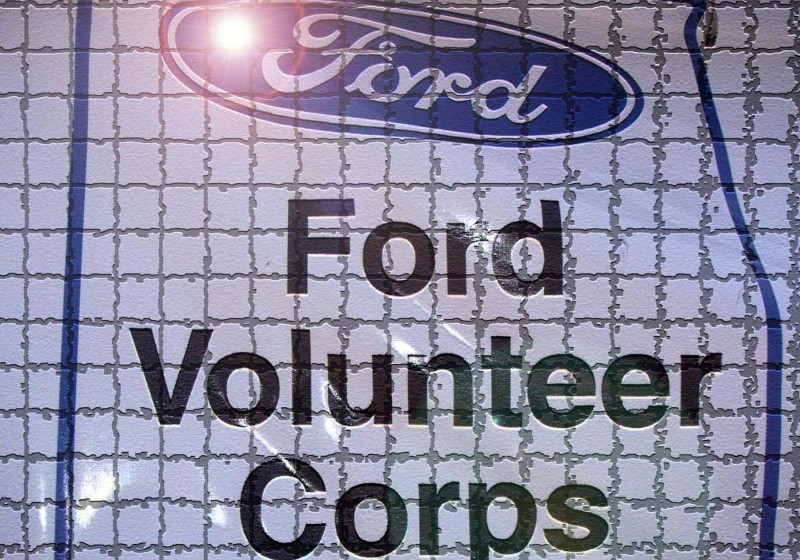 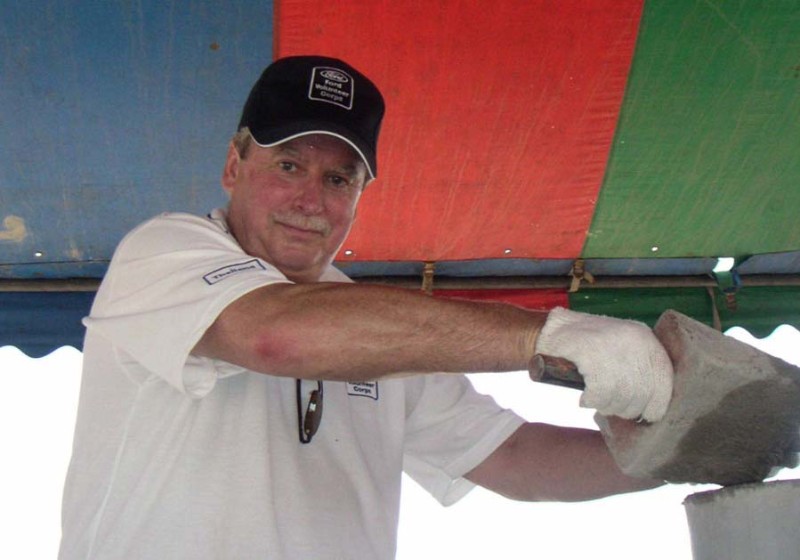 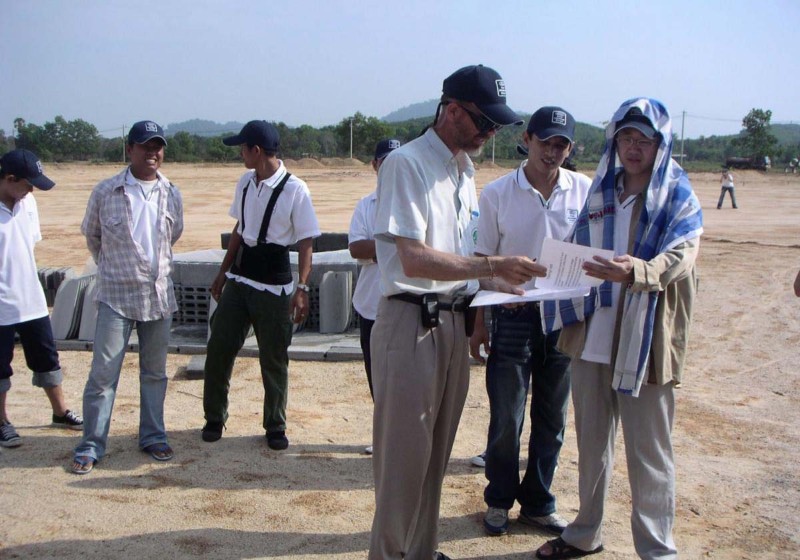 The timing was not ideal. Ford, the auto industry and the U.S. economy were soon to plunge into an economic recession. The company’s philanthropic contributions were dramatically scaled back as the company restructured its operations and vehicle product line. But Bill Ford and Ford’s executive leadership remained committed to harnessing the power of employee volunteer efforts.

After securing funding, building a team and an IT infrastructure that connects volunteers and non-profits, Lawson grew the Corps into a global army of more than 30,000 Ford employees and retirees across more than 40 countries.

Over the past decade, Ford volunteers have collectively donated more than one million hours of community service.