Learn more about the organizations we work with

Friends of the Rouge—Restoring Life, Fun to a Landmark Waterway

PLYMOUTH, Mich. — After decades of living near a sick waterway, residents who called the Rouge River their own took action. No longer would they tolerate sewage overflow, industrial discharge and storm water runoff that contaminated their backyards and made them sick. 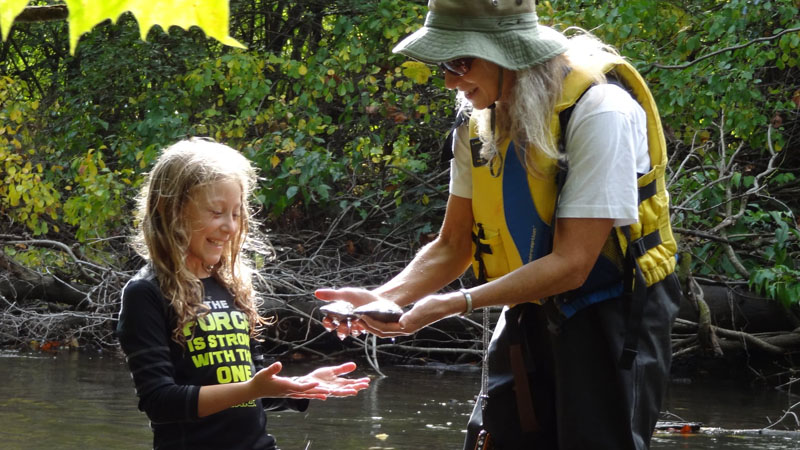 The Rouge Rescue cleanup outings have been held every year since. This year the event will be held on May 15 and river lovers everywhere can participate. Volunteers can participate in small-group cleanups on the river or participate virtually by conducting their own cleanup. To view locations and volunteer, visit Rouge Rescue.

Volunteers will join local citizens, community leaders and corporate partners who are dedicated to restoring and protecting the Rouge River. Sally Petrella, who has worked for FOTR for more than 20 years, helps plan the cleanup events.

"The Rouge River was once one of the most polluted waterways in the state, if not the country," she said. "Residents decided that's no way to treat a river and came together to clean it up. By engaging people in cleanups, restoration projects and monitoring, we raise awareness about the river."

Their efforts have been paying off, allowing the volunteers to go beyond cleanups and begin to work on restoration and recreational projects. They have stabilized stream banks and built rain gardens and bioswales to improve water quality.

These restoration results are evident in the health and numbers of fish. Some 30 years ago, the lower branch in Dearborn held a mere 30 fish, mostly diseased carp and goldfish, Petrella explained. When FOTR sampled the same location in 2015, more than 350 fish were found—15 healthy species, including yellow perch.

After restoration comes recreation, and Friends of the Rouge are working enthusiastically to prepare the river for paddling and canoe "trails."

"Years ago, people were told not to touch the river water because they could get sick," Petrella recalls. "Now, we're encouraging people to paddle on it. What a change." 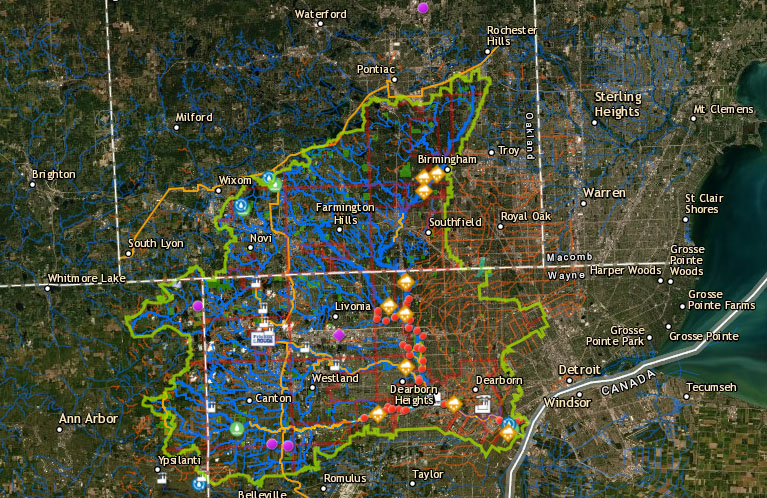 When Ford Motor Company's Ford Volunteer Corps was created 16 years ago, it made Rouge River cleanups among its first projects, offering financial resources and hands-on involvement.

The relationship between Ford and FOTR continues to evolve today. In 2019, employees of Ford Global Data Insight and Analytics offered to analyze the data collected by FOTR citizen scientists.

"Since 2002, we have been collecting data on bugs, frogs and toads and more recently, fish. The Ford analysts offered to take a look at our data through a competitive event called a Hackathon that engaged teams of employees in answering questions using FOTR data." said Petrella. The event was so successful it was repeated in 2020 with new questions and in a virtual format.

Participants in the 2020 Hackathon found correlations between the health of the insects that live in the river with the insects found in urban areas, impervious surfaces and tree canopies.

Petrella said the information confirmed studies showing that 70 percent to 80 percent of pollution in urban rivers is caused by stormwater runoff.

How Homeowners Can Help

As someone who has spent a lot of time along the waterway, Petrella said she won't rest until her vision of success is realized.

"In my dreams, I see a river that is clean, well taken care of and embraced by the entire community as the marvelous river it is," she said."