During all these years, I've learned that we don't need a lot of things. Material things don't bring happiness. When I leave my comfortable home to go to the street or to meet the vulnerable community and to help them, I return another person. I review my life, my needs, and I realize that the people I go out to serve actually help me more than I help them."

When Ruth Câmara de Oliveira joined Ford in 2007, she signed up for two jobs. One was paid. The other was not. It's the unpaid job that keeps her going and brings her so much satisfaction—especially when it comes to the children. Oliveira has dedicated her volunteer time to two children's programs, and she's recruited an army of colleagues to help her make a difference.

"I have a daughter. She is only two. Sometimes I look at her and I remember there are a lot of children, the same age, that don't have clean water, food, a home, bed and toys," Oliveira said. 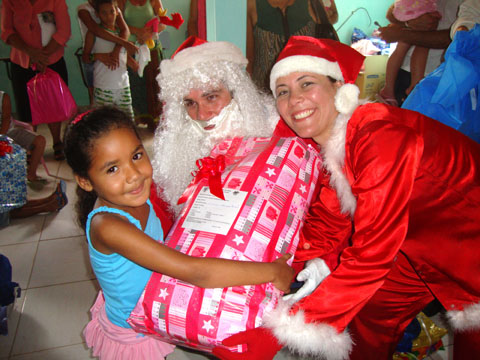 "This is one of the reasons I try to encourage my colleagues to be a member of the volunteer committee. People together have the power to change the world."

Adopt-a-Child is a Ford effort in which employees sign-up to bring Christmas gifts to low-income children. The program was in its infancy when Oliveira came on board. Through tireless recruiting and impeccable organization, she has grown the program substantially. Today, it serves more than 800 kids a year.

As a key member of the Camacari Citizenship Committee and the lead for Global Caring Month activities, Oliveira takes on the administrative role of not only calling the meetings, but leading them. In other words, she gets stuff done.

More than 15,000 children will attest to that. Oliveira does it for the smiles on their faces, sure. But there's more. As a mother of a toddler, she's driven by long-term goals. 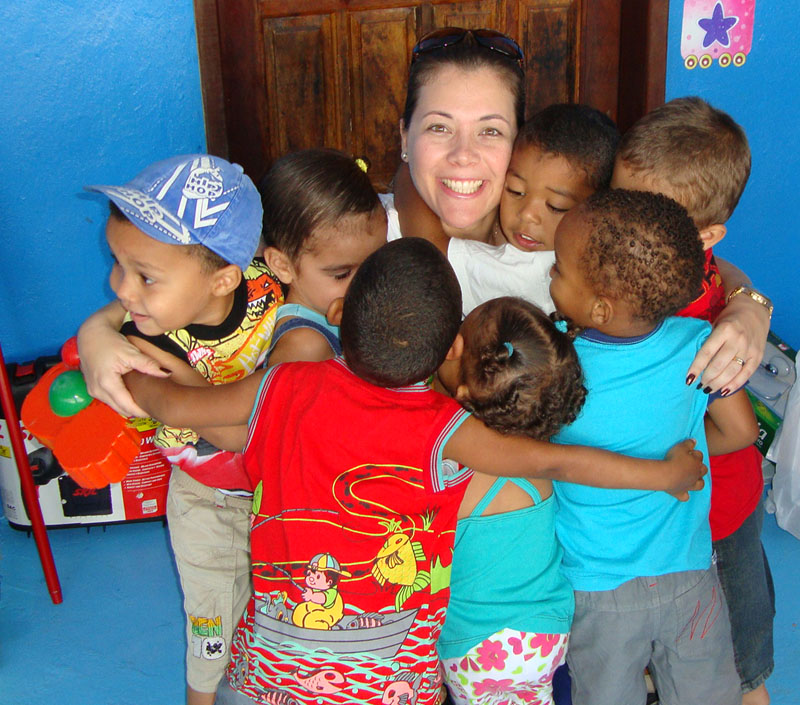 "I believe play is important to healthy brain development. Play allows children to use their creativity while developing their emotional strength."

And so Oliveira kept going beyond the Christmas giving season.

During her time at Ford, she's been part of the remodeling of two daycare centers for low-income children of Camacari; the building of an industrial kitchen in a center that supports families of children with cancer; and developed sewing workshops to teach low-income mothers to sew for their families—as well as for profit.

Crèche Emanuel is one of the daycare centers to receive Oliveira's special attention. "We built new rooms, a new play space, a big kitchen, a bathroom with safety features and two new classrooms," Oliveira said. "I invited all my colleagues to participate and we organized the agenda for a weekend. 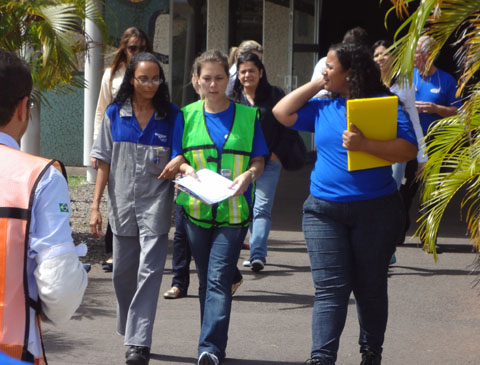 "During the Global Month of Caring, everybody gets involved. We plant, fix, paint, wash and organize. Alone we can't do a lot of things. But when we are together, we can do it all. It's beautiful to see how Ford employees worked on this project."

Oliveira cannot recall when her passion for helping others began. She just knows that she is passionate, and that she must act. And it's not always in big ways.

"Once I was visiting an elderly woman in a facility and she told me her dream was to eat a plum. She missed the sweet taste. So I got up and went out and bought her a plum. When I gave it to her, she cried as she ate.