In 2018, while watching the evening news I saw a disturbing story on how the Densu River had been turned into a refuse dump, heavily polluted with micro plastics. In recent decades, plastic waste has accumulated in the river causing pollution, depleting the aquatic life and choking drains resulting in flooding.

"This river provides drinking water for more than 4 million people in Ghana. Watching the people cry for help, I was thinking of a way we might tackle this problem—and in doing so—even create jobs for a few people as well." 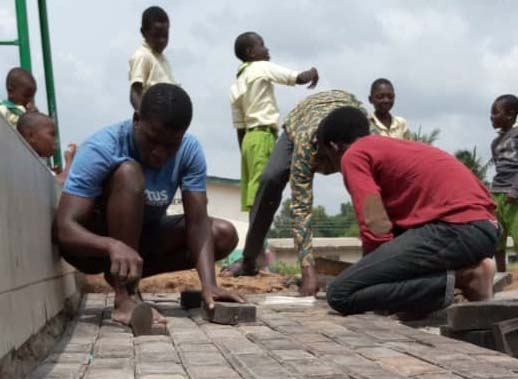 "The team was made of people who were passionate towards the project and also their program of study because this also served as a platform to practice what we learn in class," Bawa said.

"After talking to my team members, we decided to go to the community to see how things were. When we got there, we saw how the majority of rural people do not have access to clean water. They depend directly on water from the Densu River for cooking, drinking and bathing. The community leaders and people we talked to were open to new ideas. So, our team decided to take action."

The key to a successful C3 project is two-fold: sustainability and revenue-generation. Bawa, who intends to pursue an MBA and become a financial analyst, led a team that helped create a project that contained both. They founded Recycled Ecofriendly Plastics, or Re-ecoplast, a full-service small business that produces paver bricks from plastic waste and sells them to the community for use in private and commercial property. The business model relies on volunteers and paid employees.

The team also included strong educational component to affect the behavior and attitude of young people. The Re-ecoplast team visited 14 schools and talked to students about the long-term effects of plastic pollution. Those students then volunteered to pick up trash from the river while local women, hired as "waste-bin guards" delivered full bins to the brick production center. 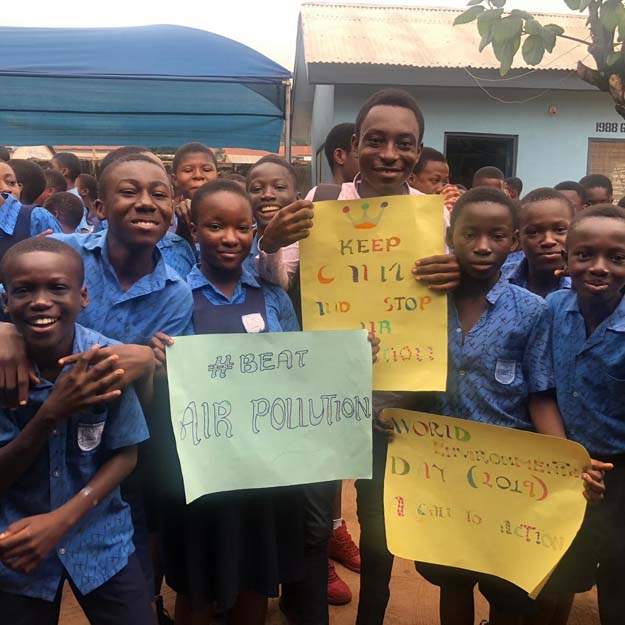 Re-ecoplast's training program is headquartered at Nasawam Zongo Youth Center where youth are taught to produce bricks. Due to the efficient business model, Re-ecoplast sells the finished product at twice the cost of production ($0.20 to $0.40.) While, the plastic bricks look similar to those made with cement, they are stronger, waterproof and eco-friendly.

As a 2019 Ford C3 winner, Bawa's team received a $3,000 grant to fund a brick-production machine and implement its awareness efforts into schools and rural communities.

"With Ford, more unemployed and low-income earners have a stable source of income now because they are now employed to work on this project," Bawa said. "And we are helping to stop the damage plastic does to this environment."

For Bawa, that's everything: "One thing I always tell younger people is that it's not always about doing big things or coming up with big ideas that make you a change agent. We can help in our own way to make things better by working on very small problems we see around us daily.

"It feels great because people who may be looking up to you are also looking out to solve problems, wherever they are. And we are forever thankful to Ford Fund for investing in our projects to help make more lives better.

Ford College Community Challenge (C3) is a global grant competition that encourages college students to develop sustainable community projects that address a pressing local need. Winning teams receive funding to implement their projects, often in partnership with nonprofit organizations in their communities. Since launching in the U.S. in 2008, C3 is now operating in 11 countries through a partnership with the international nonprofit www.enactus.org.

Ford Fund has distributed more than $3 million to support some 200 student social projects around the world.