As part of our commitment to community development and education, Ford Motor Company and the Ford Fund have donated nearly $11 million to veterans’ organizations. In this occasional series, we talk with veterans about their time in the military, re-adjusting to civilian society, the nonprofit that helped them move forward, race relations and more.

Seventeen-year-old Holly Groothuis sought adventure and the chance to help others. Her first inclination was to join the Peace Corps out of high school, however, that required a bachelor’s degree, and Groothuis wanted to travel not attend college.

Her father, who worked on F18 radar systems when he was in the Air Force, wanted her to join the Air Force and work in civil air patrol. It made sense: She loves aviation.

The thing was, Groothuis also wanted to be outdoors, to be a soldier and to be part of a team. So, in 1989, she joined the United States Army Reserves with the hope of becoming a helicopter pilot.

Though she wound up becoming a combat medic, Groothuis says the Army “met every expectation.”

That fall, Groothuis shipped out to the Persian Gulf and was stationed in Abu Dhabi, about 60 miles south of combat, where she worked with burn patients and babies.

“I remember feeling like we have no idea how good we have it here (in the U.S.),” she says. “Women (there) weren’t allowed to do a lot of things. The culture is so completely different. When you have a child outside of wedlock, you are banished from the country, or worse. We’re not just talking jail time, we’re talking arms being cut off, women being stoned.”

Groothuis says one child born out of wedlock lived in the hospital. She also recalls a pregnant rape victim coming to the hospital where she was working.

“I remember giving the baby to her before they took her away. Not only did she go to prison but her child was banished from that country. Seeing that changes you,” she says. “You stop taking things for granted.”

Groothuis came to the U.S. three months later feeling as if she had done time in prison. She was grateful to be an American and to be home.

“I remember talking to my mom and friends about my time and they didn’t understand. By bringing it up even, everything got quieter. You’re sharing something personal that affects you. I wasn’t away for years. I was there three months, but I’ll never forget those experiences.”

She completed her remaining years of service as a member of the National Guard and for more than a decade worked in hospitals as a phlebotomist. She went to school to learn graphic design and worked odd jobs, too, including one as a stewardess on a yacht. 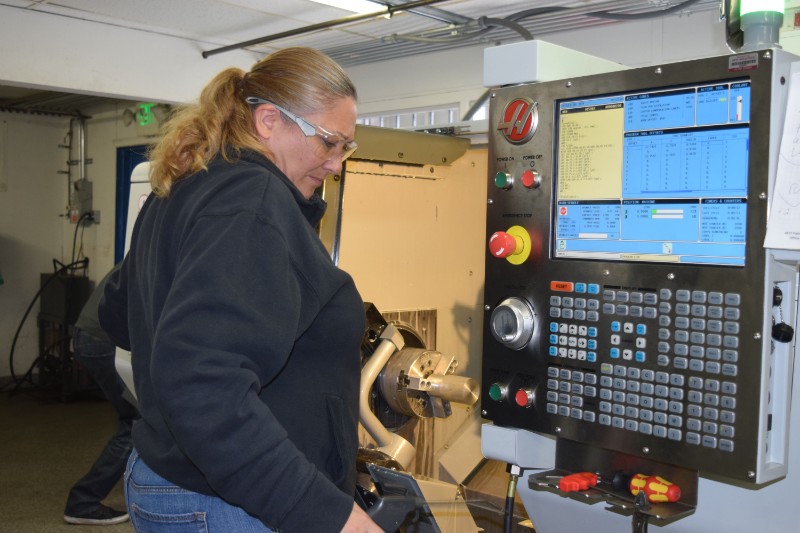 Except her love of the outdoors pushed her to take a position as a deck hand where she didn’t just learn how to maintain the yacht using watermakers and pneumatic systems but also enjoyed getting her hands dirty and repairing things. Eventually, she found her current job, which she loves, as a maintenance mechanic assistant at an airport in Chula Vista, Calif.

Groothuis hopes to enhance those skills through training at Workshops for Warriors, a Ford Motor Company Fund-supported nonprofit in San Diego that trains veterans and transitioning military service members in skilled trades. 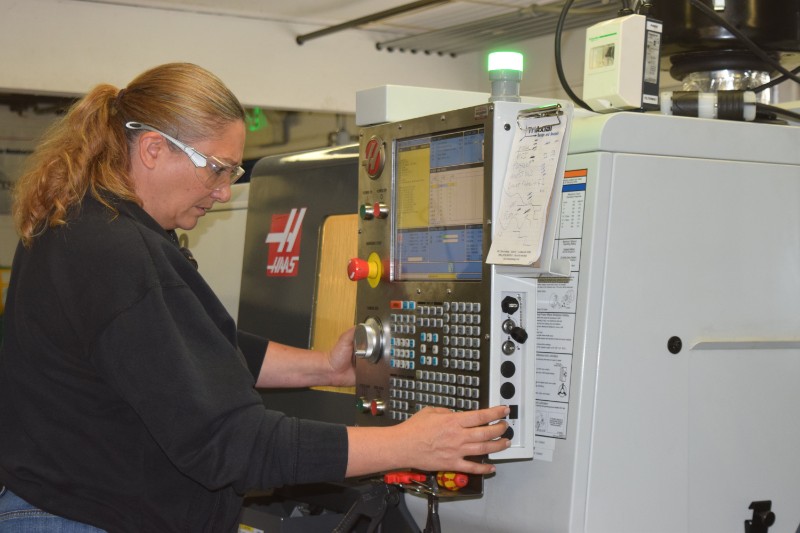 “Military veterans and their families have sacrificed to protect our way of life,” says Yisel Cabrera, community relations manager for Ford Motor Company Fund. “A growing number of female veterans are returning to civilian life with unique challenges. We’re proud to support veterans and salute their courage and service.”

Groothuis is in Workshops for Warriors’ machinist program, learning CNC machining and 3-D printing with top-notch equipment, she says.

“I was a maintenance worker at the airport for five years. Now I want to further my career as a mechanic, and it would be a great help to have this kind of knowledge.

On how the military has changed
“America was a superpower when I joined — 9/11 had not happened. I grew up having an immense amount of pride in my country, mainly from my father. For me, it was just an honor to be a part of the military, it was something someone should have to do. 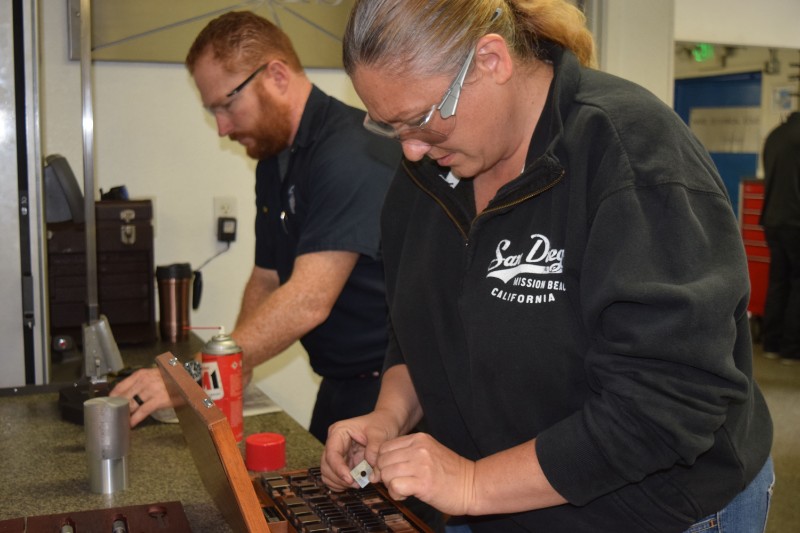 “It’s a totally different ballgame. I wish it were a ballgame where everybody gets to go home safe and sound.”

On race in the military
“I was from Fargo; there weren’t a lot of black people there growing up. I wasn’t raised to have an opinion about it. I went to Fort Jackson (S.C.) in the summer time for basic training; and it was probably 40 percent black, another 20 percent Hispanic, another 40 percent white. It was the most black people I’d seen in my life, but they became some of my best friends. Then, it was more about conflict in personality versus race. It’s hard to see what’s happening nowadays. It’s heart wrenching.”

On veterans’ issues that need to be addressed
“Covering the issues of suicide and transitioning vets. Having education and something like this, this school (Workshops for Warriors) for them. I lucked out in getting in this school and getting résumé education and how to do an interview.”