DEARBORN, Mich. — With a mission to advance the narrative of African American men, Ford Fund's Men of Courage has recognized Black men across the United States for their many achievements and contributions to our communities and our world. 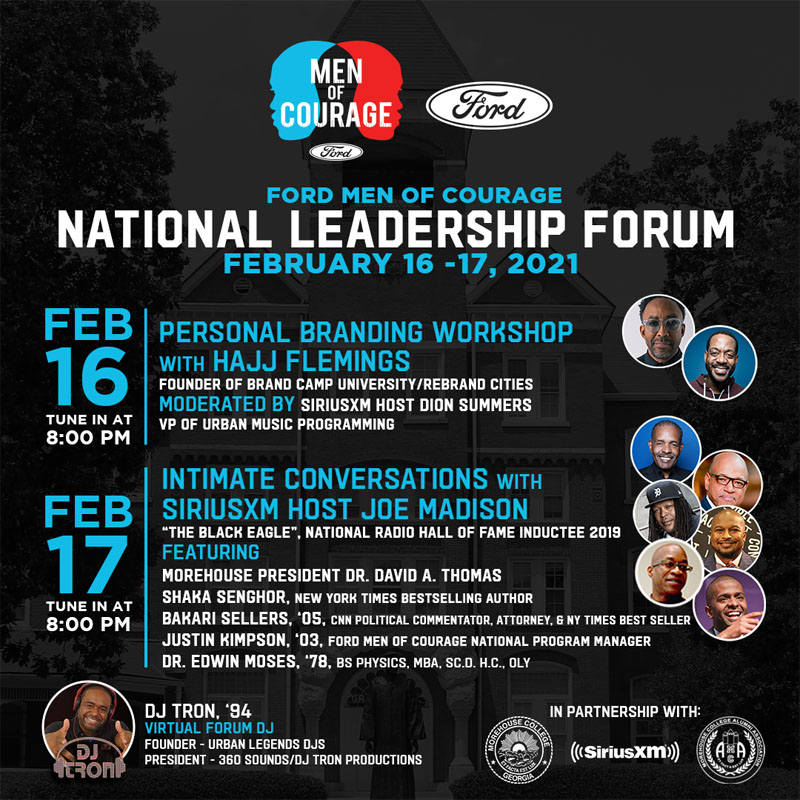 This week, Ford Fund's Men of Courage program turns its focus to African American entrepreneurs in a two-day virtual National Leadership Forum. The forum is conducted in partnership with Morehouse College. Participants receive resources and tools that empower success as well as an opportunity to connect with other men pursuing similar goals. Day one of the Men of Courage Leadership Forum will explore the power of leadership and includes a workshop with Sirius XM host Dion Summers on how to develop your own personal brand. The second day will feature a discussion about creating your business plan and includes a conversation with Joe Madison, the Sirius XM host and Radio Hall of Fame inductee.

"Since its launch, Ford Fund's Men of Courage has recognized and amplified the contributions of African American men through storytelling and community building," said Pamela Alexander, director of community development, Ford Motor Company Fund. "Ford Fund not only celebrates Black History Month, but the builds a brighter future through social and economic mobility programs such as Men of Courage and this leadership forum."

The two-day virtual forum is being held Feb. 16 and 17 and will be open to public participation from 8-9 p.m. ET each day. The virtual summit will be streamed on the Men of Courage Facebook and YouTube channels.

The next film, "Change in the Wind," is available starting at midnight eastern time on Feb. 18 and runs through 3 a.m. EST on Feb. 19. The film will be streamed on the Men of Courage Facebook and YouTube channels. 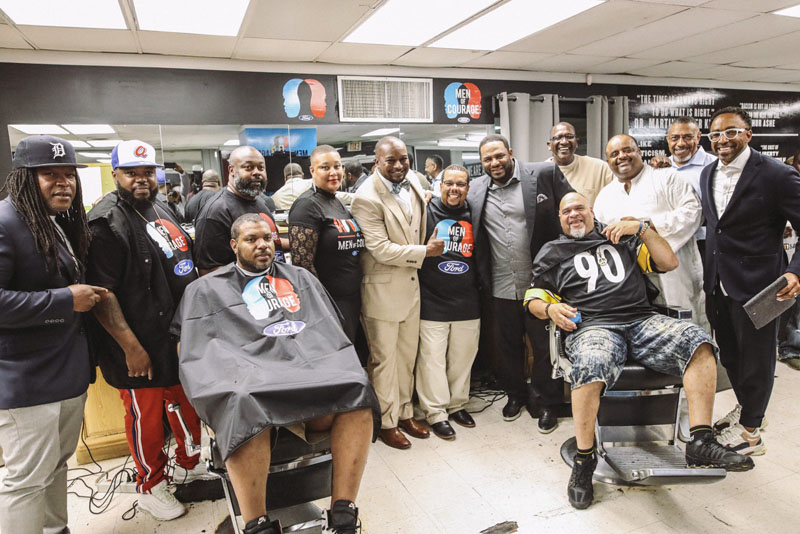 Men of Courage has grown into an essential and enduring part of Ford Fund's commitment to diversity, equity, and inclusion. Advancing conversations that address racial understanding and social injustice are among the many ways Ford Fund is working to create stronger communities and make people's lives better.