Stewards of the Bangkok Ford Resource and Engagement Center

Nature Inc., Nancy Gibson, a Thai-American from Texas, wears three hats: Executive Director of Bangkok's oldest conservation NGO Bird Conservation Society of Thailand; founder of Love Wildlife; and lead for Nature Inc., a co-working space which will be home to up to four other green NGOs operating out of her space in FREC. After starting her professional life as a veterinary tech in Texas, she moved to Thailand to take what she thought would be a temporary job in a zoo. Then she rescued her first slow loris, a nocturnal primate, and was hooked on working with wildlife in Thailand.

Scholars of Sustenance (SOS) Foundation, Bo Holmgreen. SOS founder Bo is based in North Carolina and Bali, Indonesia. Prior to SOS, Bo founded a software company which helped banks more efficiently allocate cash for their bank and ATM networks. After selling the company, he continued to try his hand at improving logistics to reduce waste—this time in the food industry through the SOS Foundation. SOS trucks visit hotels, restaurants, and grocery stores to pick up, inspect, and then deliver food to communities in need. The SOS Foundation seeks to transform the food industry from the inside—helping the industry lower its environmental impact while also redistributing food to communities that need it.

Urban Studies Lab, Pongpisit Huyakorn. Pongpisit is an architecture and urban planning professor at Thammasat University, one of the leading academic institutions in Thailand. He and a team of researchers have worked with FREC to connect with local community leaders and politically-important stakeholders. He is the lead author of the FREC community study. Pongpisit is part of Urban Studies Lab (USL), a cross-disciplinary research group founded in 2018. USL's core mission is to advance the field of urban development through collaborative, data-driven processes. It invites partners to collaborate on appropriate research, analysis and design tasks based on the expertise needed to meet common goals. USL then utilizes thoughtful and engaging communication methods to build shared understanding and inspire action that enriches the lives of the people in the urban community. USL is based at FREC Bangkok, where it will continue its work in Nang Loeng. Long-term, the USL team is working toward being recognized as a social enterprise group in Thailand. 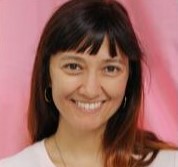 Creative Migration Founder/Executive Director, Susannah Tantemsapya. Susannah is a cultural producer based in Los Angeles and Bangkok. Her career has spanned music, art, film, journalism and design. It includes working at Capitol Records, as a production assistant for avant-garde theater director Robert Wilson, and managing mid-century modern architect Richard Neutra's Wirin House. She hosts "… the charming mistakes of my youth …" on KCHUNG, an AM radio station in Los Angeles, and is a Global Ambassador at the Royal Society of Arts (RSA) in London. Susannah holds a degree in photojournalism from the University of North Carolina at Chapel Hill.

In 2005, Susannah founded the arts nonprofit Creative Migration. Its mission is to advance cultural diplomacy through art, public engagement and sustainability. This year, Creative Migration established Bangkok 1899, a new cultural and civic hub that is associated with FREC Bangkok. Bangkok 1899 is located next to the FREC and strives to be a living model of sustainability, incorporating Zero Waste practices throughout its day-to-day operations. Na Cafe, a social impact establishment, is located within Bangkok 1899 and also serves as part of its overall open space and gardens. 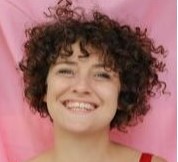 Creative Migration Program Director, Abigail Smith. Abigail has a diverse background, spanning from a degree in the arts from the University of Buffalo to a hospitality career in New York, Alaska, and Bangkok. Abigail spent three years as chief operating officer for SOS Thailand. Abigail left that role to join Susannah Tantemsapya to grow arts programming at Bangkok 1899 in August 2019. Relentlessly energetic and with a penchant for fearlessly riding scooters through Bangkok traffic, she has been a driving force, helping to bring together all our partners and shape the FREC concept in Bangkok.

SATI Foundation, Sakson "Saks" Rouypirom. Born in the U.S. to Thai parents, Saks was educated in New York, eventually training and qualifying as a medical doctor before returning to Bangkok with both business and social objectives in mind. On the business side, Saks is an owner of one of Bangkok's leading health food restaurants, Brocoli Revolution. On the social side, he founded and runs SATI Foundation, helping underserved youth find opportunities to escape poverty, drug addiction and prostitution through vocational training opportunities. Saks was featured in 2018 as a top entrepreneur to watch by the Aspen Network of Development Entrepreneurs (ANDE). In 2019, Saks helped launch Na Cafe, a social impact cafe run out of Bangkok 1899. The cafe is a platform through which SATI, Asylum Access Thailand (AAT) and several other NGOs work to improve the lives of disadvantaged communities in Bangkok. Saks has used FREC to run three soup kitchens, as well as skills and hobby training for the kids that SATI serves. Saks prides himself on keeping busy and striking a close balance between work and sleeping his optimal six hours and one minute a night. "Efficiency is my big thing," he says.

Precious Plastic Bangkok, Dominic Puwasawat Chakrabongse. Puwasawat has worked in the environmental sector for five years, mainly on fighting illegal fishing and human rights abuses. More recently, he has begun working to address the impact of plastics and marine debris across Southeast Asia. In 2018, he helped launch the Bangkok-based chapter of Precious Plastic Bangkok (PPB)—part of a global movement of community-based plastic recycling workshops. PPB works to recycle plastic trash into new products using a line of open-sourced designed and cheap to build machines. PPB has its office and machines based at FREC Bangkok. It plans to have a network of workshops established in communities across the city so that they can tackle plastic pollution.

FabCafe Bangkok, Jane Kalaya Kovidvisith. Jane originally set up FabLab at Thammasat University in 2008 "to explore how digital technology can change the way we design, build and live in." FabLab Thailand was funded by MTEC and Faculty of Architecture and Planning, Thammarat University. During the maker movement when 3-D printing became more affordable, she re-opened the organization under the brand of FabCafe. Today there are eleven FabCafes around the world, organizing workshops for adults and kids as young as three years of age. As Jane puts it: "We are a network of friends in different countries passionate about technology and using available technology to improve everyday life." 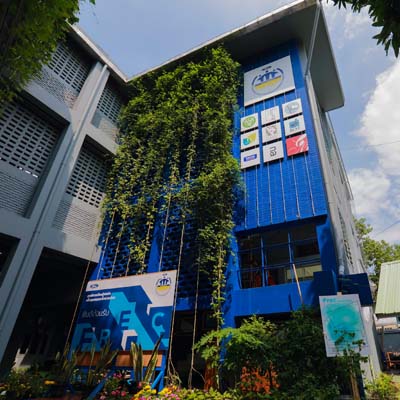