When refugees arrived in Cologne, they needed so much. They went to refugee centers to get acclimated to our country. Helping them get settled in our country was the most meaningful volunteer project for me. I was proud knowing Ford was there to help."

Yvonne Stephen, a 20-year Ford employee who has been volunteering since she was 16, understood that her country was playing an important role in the worldwide refugee crisis.

Since 2015, Germany has opened its doors to more than 1 million refugees—largely from Syria, Iraq and Afghanistan. Germany is the only western industrialized nation among the top ten refugee host countries. 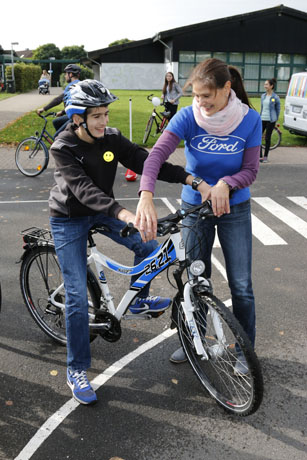 Stephan watched and then went to work.

"In 2016, I coordinated over 20 refugee aid projects. It left such an impression to get in close with people who had just made their burdensome way to Germany and could hardly speak our language."

Among those projects was one that focused on mobility, speciﬁcally bicycling. Stephan chose that one to lead. She worked with Ford’s long-term co-operation partner, Caritas, the road patrol, a youth center, a church and others to acquire bicycles and helmets for families, establish bike repair workshops for adults and road safety classes for all. Ford Fund provided the financial support.

"Every child was able to take a bike and a helmet. All of us had so much fun. The refugees were more than thankful," Stephan said. "This was one of the most touching projects I have ever been involved with."

In all, nearly 900 Ford of Germany employees spent about 10,000 volunteer hours welcoming refugees to their city during 2015 and 2016. They gave tours of Cologne, taught soccer lessons, organized food banks, assisted with government administrative work, accompanied people to doctors' appointments, taught German language and read to children.

Employees at Ford's plant in Cologne held several collection events where the public dropped off donated clothing, toys, books, personal hygiene items and other necessities. The employees then sorted and organized the items and prepared them for delivery to the refugee centers. 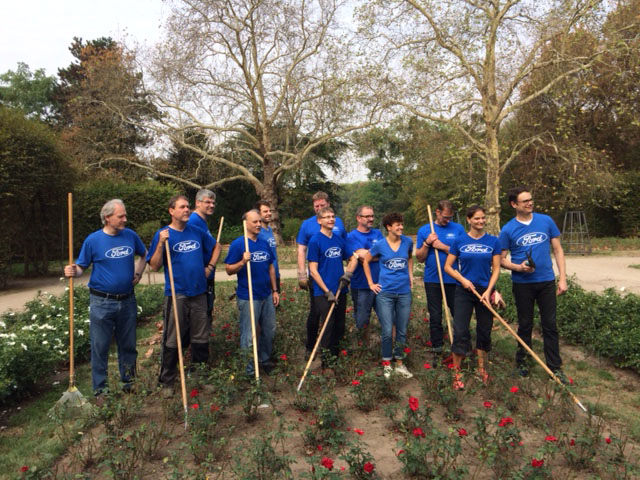 Since arriving in Cologne five years ago, the refugee families have largely been resettled into local homes of their own. Still, the need for educated-focused aid projects remain active. And Stephen continues on, now assisting in a children's literacy program.

"The overall goal of our reading project, which was held in co-operation with Freiwilligenagentur Köln is integration. The children meet in groups on a regular basis, learn to listen and to appreciate books. Of course, we try to improve their German and provide quality time as well." 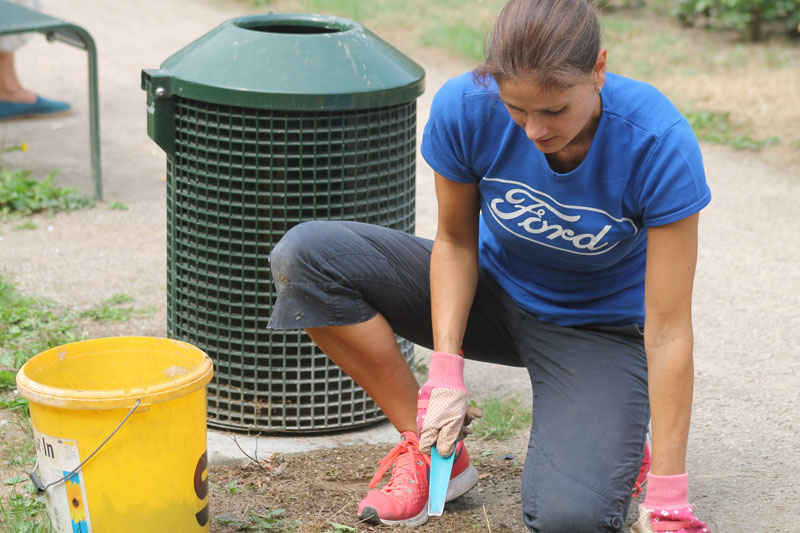 Stephan's volunteer life is ongoing. Though the refugees may not need her as they once did, others do. And her involvement is expansive and varied: helping to organize local events for Special Olympics for disabled children; gardening at Cologne's historic Rose Garden; leading Ford's community involvement efforts in Cologne.

"In many cases in volunteering, it's easy to see results—a building is renovated or a place is built up. But working with people is a very special thing. You see them behaving differently after the project, often they are much more large-minded. They are simply happy.

"That is indescribable. It fills me with a feeling of cheerfulness, satisfaction—and sometimes, even pride.